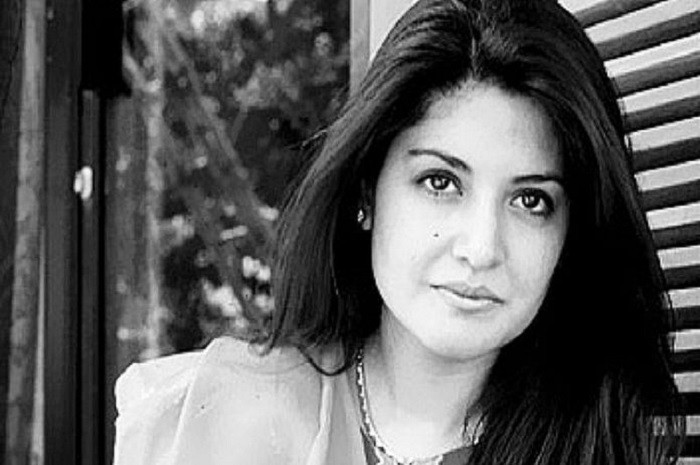 Disco Deewane and Aap jaisa koi meri zindagi mein aaye changed the face of Indi-pop in the 1970s.And the pretty 17-year old girl ushering in the disco revelation in India was from Pakistan.

Nazia Hassan and her brother Zoheb swept the charts, even pushing Lata Mangeshkar’s blockbuster Sheesha ho ya dil ho from the film Asha out of the No.1 spot with Aap jaisa koi.

The song was for Feroz Khan’s Qurbani and Nazia was Feroz’s gift to Indi-pop.

Zeenat Aman who danced to Aap jaisa koi on screen in Qurbani , recalls, “There were two songs in Qurbani that Feroz Saab was very gung-ho about Laila oh laila and Aap jaisa koi. While the first was recorded and shot for a film that got shelved and was later used in Qurbani,Aap jaisa koi was recorded by composer Biddu specially for Qurbani. All the other songs were composed by Kalyanji-Anandji only Aap jaisa koi was by Biddu.I believe Feroz Saab discovered Nazia in London and invited her to sing for him. He always had knack of discovering new music talent. Such was the popularity of Baat ban jaye that some years later one of my films directed by Bharat Rungachary was given that title.”

No one expected the 17-year old girl from Pakistan to sweep the Indian charts. Nazia became the first singer from across the border to win the Filmfare award for best playback singer. Soon after the record-breaking success of Aap jaisa koi Nazia and her brother Zoheb recorded the album Disco Deewane which, in 1981, became the most successful non-film album of all times. The album’s title song even found its way in Karan Johar’s film Student Of The Year.

Thereafter Nazia returned a few times to record songs for Hindi films. But nothing that she did after Baat ban jaye and Disco Deewane could equal the initial spurt of success.

Bappi Lahiri who recorded songs with Nazia remembers her fondly. “She sang for me in Ilzaam, Main Balwaan and Saaya. Very professional, very well behaved she and her brother were like the Indian version of the popular international brother-sister group The Carpenters.”

Ironically Karen Carpenter who conquered global charts with her brother Richard, also died very young. Nazia lost her long and painful fight with cancer in the year 2000. She was only 35. But what a life! At 17 she was the queen of the charts. She was even offered acting roles by major Indian directors including Raj Kapoor who wanted Nazia to play the lead role in Henna. But she chose to retire from singing to focus on her social work with children across the world.

Her marriage was a failure and her brother Zoheb admits she died an unhappy woman. And to think she brought so much joy to so many millions across the world!