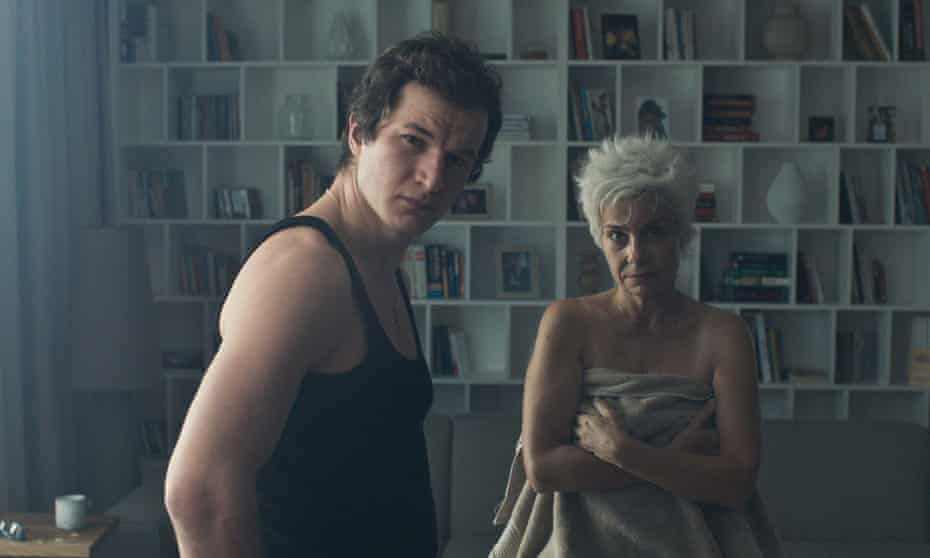 I don’t know about the snow. But one thing is for sure. We will never see another  film like Never Gonna Snow Again. This maddeningly  cryptic  Polish  work of ….well…not quite  a work of art. But it tries, Laden with  enigma  and  burdened with  an overdose of esotericism, this oddball off  a film had me thinking about Hrishikesh Mukherjee’s Bawarchi.

I  remember going to a veteran actress’ home for  dinner where she  introduced me to her cook.

“If I ever had to choose between  my cook and my husband it would be a hard  choice,” she laughed.

Zhenia(Alec Utgoff) is  a Ukrainian crossing  into  Poland with nothing but her  skilful fingers  and a folding bed  as his possession. Most  of  the sparse narrative goes  into the  unfolding of  the  bed and the massages that seem to go on forever. The effect  is hypnotic.  Not only on those Zhenia massages,  but also on the audience.

As we watch Zhenia work his magic, something happens  that transcends  the screen.We the audience are  sucked  into a world of bleak hope  ,  a distant unattainable yearning: bored housewives  looking for an escape  from their drudgery, terminally ill people  hoping Zhenia’s magical fingers would  rid them of disease, alcoholics,  drug addicts, overweight men and under-confident  men all  surrender  to Zhenia’s magical administration.

He is a savior and a  guardian angel, a masseur and a messiah. A saint and a seducer. In the  confident hands of  Soviet actor Alec Utgoff, Zhenai becomes a brimming  beacon of hope, a  fulcrum  of sunshine in a world  eclipsed  by lost  dreams and desperate  hopes.

All this is done in a  tone so solemn and an atmosphere so  grim and joyless that  it is a miracle Never Gonna Snow Again remains so  light to the touch. It’s almost as if  Zhenia’s fingers have worked their magic  on  the narrative, bathing a potentially farcical and  imminently tragic  world in heaps  of sunshine.

Much credit for the  film’s brilliant bleakness   goes to the  leading man. Alec Utgoff seldom smiles not because he  has  no  reason  to. But because he doesn’t want to seem as  if he’s belittling his clients .Some of  his client are plainly bonkers. Other  carry the  heavy burden  of existence on their creaky shoulders pleading for a massage.Through all of this Alec Utgoff stays a portrait of mysterious stoicism.

At the end  of Never Gonna Snow Again I wasn’t sure  if I liked the  film or not. However there is  no denying its fierce  originality,  its determination to remain on its own trippy trip even if it means letting the audience down. The  film was  Poland’s entry into last year’s Oscars. But it didn’t get  selected. I am not surprised.

It’s  hard to like Never Gonna Snow Again. We expect the masseur-hero to seduce these anxious women. Instead he hypnotizes  them to  divert attention from his own failures.He is  no messiah. But then he  never said he was.