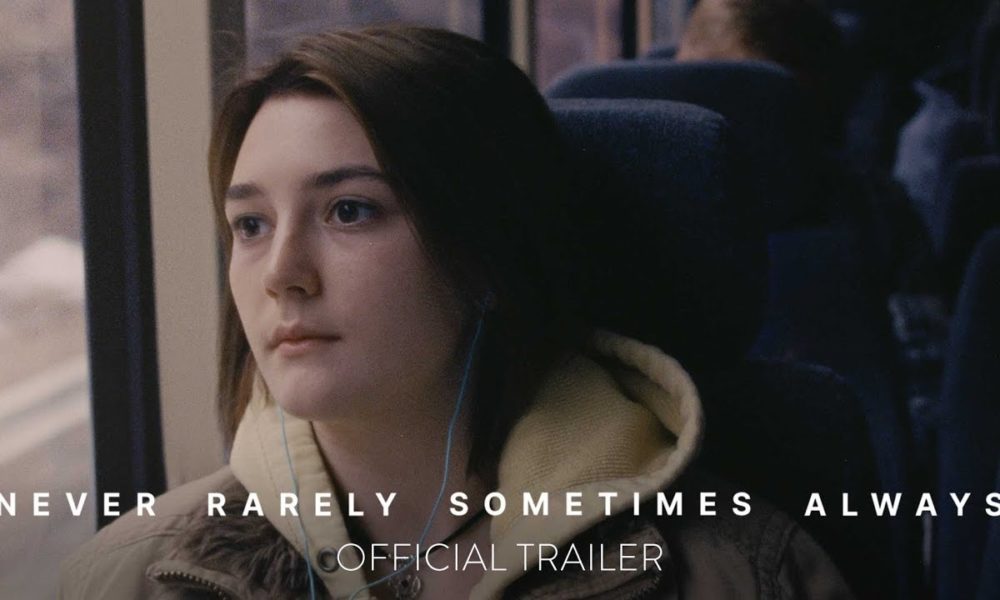 If we all must die, this is the movie I’d like to take  with me  to  the  other world. Never Rarely Sometimes Always  is  about an  unwanted pregnancy and what it does  to a 17-year old girl who is  not  into a  foetal attraction.Not really.

When we  first meet Autumn(the remarkably implacable Sidney Flanigan) she is seen performing on stage  for her family and friends in a small provincial  town in Pennsylvania where   good girls don’t get  pregnant  before marriage , and if they do, they just keep the baby. That’s it.  We  know  Autumn won’t.When in the beginning  a boy from the audience heckles her (admittedly poor) singing, Autumn seeks him out later and  throws a glass of water on his  face.

Who is  the boy? Is he by any chance  the  father of the child she is carrying? We  really don’t know. It doesn’t matter. This is   a not a film where  God  lies in the detail. Damn, where is God anyway?!  We wonder  about that  quite often these days. I wondered the same as Autumn struggles to  get rid of  the (unwanted) child. Better damned in Heaven in the future, than on earth in the  present.

The  majority  of the film sees  Autumn and  her  lovely cousin Skylar(Talia Ryder) travelling to New York without their parents’ knowledge or consent. The plan is to  go to New York get an abortion and return home  the same day. God of course, has  other plans. Funny how He pops up when least needed.

This is  a film that won’t  try to surprise you by  unexpected  plot  manoeuvres . It wins  your heart with its  stark often brutal sincerity. The director Eliza Hittman(I loved her earlier work Beach Rats) is as motivated driven and determined  as  her  heroine.  They both want  the  same thing. Soon  I was so  invested in Autumn’s journey that I wished  I  was there to offer her a place to stay in NY .Except, that Autumn and her cousin would find  the offer too creepy  to  accept.

There is  a  boy(Theodore  Pallerin) whom  the two girls meet on the bus  on  the way  to NY who offers them help in the  city. He is  not a creep. He means well. But when the girls finally have no choice but to take his  help, he  extracts his  pound of flesh. But we don’t  hate him.The film doesn’t allow us the luxury to judge  its characters.Flaws,  it says, are  fine.

Not  that  anyone is  particularly  cruel  to  Autumn  in  NY. She  encounters some lovely souls who try to mend her broken heart and  compromised womb as best as  possible.The film’s title comes from an unforgettable encounter that Autumn has with a kind social worker(played so effectively, I wondered if she  was  a real social worker) who asks her to reply with the  four words in the  film’s title to  some very basic , very uncomfortable questions about her personal life.

The camera  holds steady on Autumn’s face as it(her face)  goes from imperturbable to broken-down in  6-7 minutes.  It’s a remarkable  sequence , remarkably  performed  by Sidney  Flanigan whose Oscar nomination  is  a given ,provided we live to see the Oscars. But Talia Ryder as Autumn’s cousin is even better. Streetwise and incandescent she lights up every frame  in this film which never  resorts  to  artificial  light.

The sunrays which  penetrate  the heart of this film will make their way  into your heart as you watch a  17-year  Everygirl live  through  a  shattering life-changing decision . Baby, you’ve come  a long way. 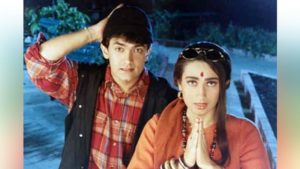 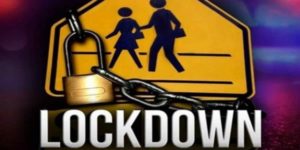 Next post Bollywood Voices on Week 2 Of Corona Lockdown