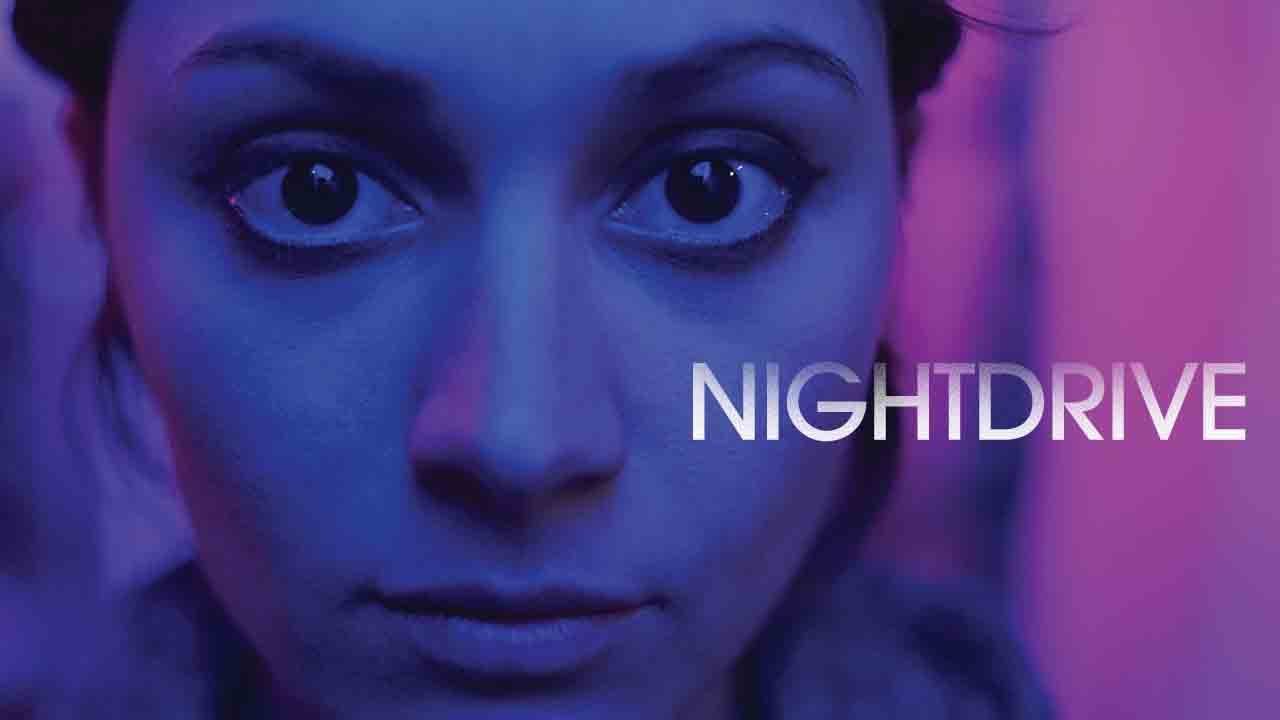 Night Drive Movie Review: A ride-share scheme  that becomes anything but a joyride for  the  cabbie, Russel played by  A J Bowen.This implausible  crime thriller gets most  of its crime jabs  from a script that cranes its neck out  far,  sometimes  so far  out into the darkness that it  can’t see where  it will hit its head. This is the  kind of one-night   slam that  noire-enthusiasts enjoy even if  the  plot gets  excessively woozy and blood-soaked.Towards the end  it’s all so  bizarre as to seem  unreal.

This one   sure goes  from  flirty  to  ferocious without batting an  eyelid.Eyelids are kept solidly  unglued as co-travellers  Russel and his  weird passenger Chartlotte(Sophie  Dalah) take some  bumpy detours   through  a crime route that sets your teeth on  edge.

Really,  how can this  experienced  cab driver(he must in his early 50s) be  taken  for a ride  so  easily?! That  the  girl is  a bit of  a con   is easy  for  all of us to see from the start. Russell can only see the crisp dollar bills she pushes towards him in order to get him to make  some   monstrously ill-fated detours.

By the time the  road thriller’s favourite trope—body in  the  dickey –happens, the  screenplay has lost  its  completely.

While  the  film’s   tone  gets darker and darker, it also gets  hard to believe  that a seasoned  cabbie driver  in LA  can  be  so naïve . Without giving away  the  plot it can  easily be said that the deeper the protagonist Russell gets  into   his pretty passenger’s  perverse overnight  prosperity-plans,  the harder it  gets to  swallow Russell’s involvement with Charlotte’s crime frame.

Why doesn’t he just flee when he  still has time?And if it was too late  why doesn’t he abandon her on the road as he threatens  more than once? Is there a Lolita  styled-attraction  between this middle aged  taxi driver and  his  pretty  but   freaked- out passenger?

Maybe the  tides turn too quickly in the plot  for  anyone, least of all the characters, to take control of their own destiny. As  far as one-night  rides are concerned I’ve seen better ones, the Malayalam film  Bannerghatta for on,e, where there was just one character grappling with  problems all through the  night. He was  better  off than this cabbie whose life goes downhill once Charlotte hops aboard.

Moral  of the story:  never trust a stranger who lures you with  100-dollar bills.