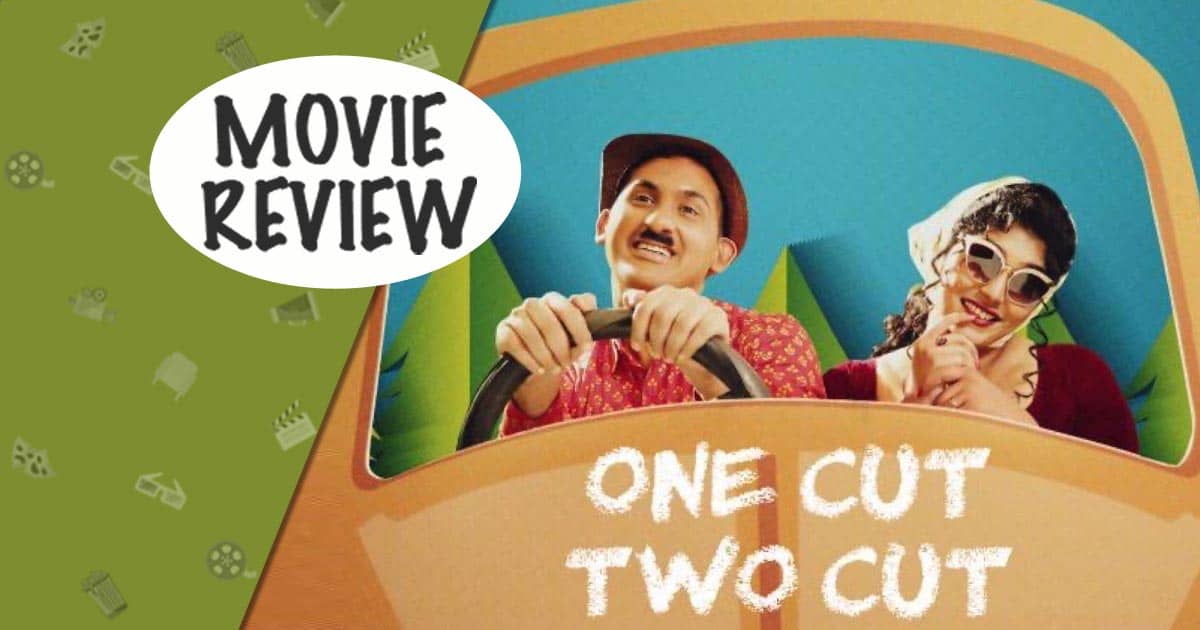 Danish  Sait  is a natural-born comic. We saw that recently in Applause Entertainment’s political satire Humble Politician  Nograj where he played a  vain cheesy  immoral  politician.

In this  sporadically-amusing  satirical   film Sait  is  Gopi, an arts and craft  teacher in a rundown school where all the students have  gathered  in one classroom  as attendance  is Covid-challenged. This  confined  space  gives Sait’s comicality  a comfortable  positioning. He can be funny to his heart’s content  without the  plot and characters  running all over the place.

One Cut Two Cut is very modest in its means and  ambitions. It has  no  real agenda except to make  us laugh.This,  it does  but not  often enough. Admittedly the writing(by Sait and  writer  director Vamsidhar Bhogaraju) is sharply satirical  times, woefully  generic at other times. This inconsistency  precipitated  more by lack of fund than absence of creativity,is  the  film’s biggest undoing.

But when the wit is acerbic, the  film is  killingly  funny. There is  an ongoing  gag about a protester’s aversion  to all things Amitabh Bachchan that  is  genuinely funny.In fact  Mr Bachchan  figures prominently in the  scream  of  things.And  Prakash Belawadi   who cannot stop disliking the  Bachchan  for an imagined  hurt, is  a hoot as  a protestor who  along with his friends, holds  the class  of  dimwitted  students  and educationists hostage.

There is some pertinent comment on  the  news channels’ obsession with trivia: rather than  cover a protest  march, a young female journalist is sent to  sent to the CM’s home to spotlight the  CM’s  daughter  doing the  hoola hupla.

The problem here is  quite simple. The  entire  joke hinges on one  man’s ability to  hold the audience. Besides Sait, the rest of the cast is purely functional barely managing to hold  their place in the plot as  the  edges  of  the storytelling get too slippery to hold on to.

There  is  also  a subplot about Gopi being rejected  by  a prospective  bride’s parents and the bride (Sanyuka Hornad) turning  up  in the  classroom as  a  teacher.The romantic  track is accompanied by some tacky  music tracks which further slide the show into a cheap-thrill abyss.

Luckily for the  film Danish Sait’s pidgin English is a  hoot. I  could shut my eyes and just hear this  glib talker  take off on  the  wings  of  a wacky word-trek . By the time the  hostage situation gets resolved , with the  CM’s intervention(no less) I  wasn’t sure whether I was laughing with  or laughing at this  homage to  silliness.

Abhishek Bachchan, 8 Times When He Nailed It