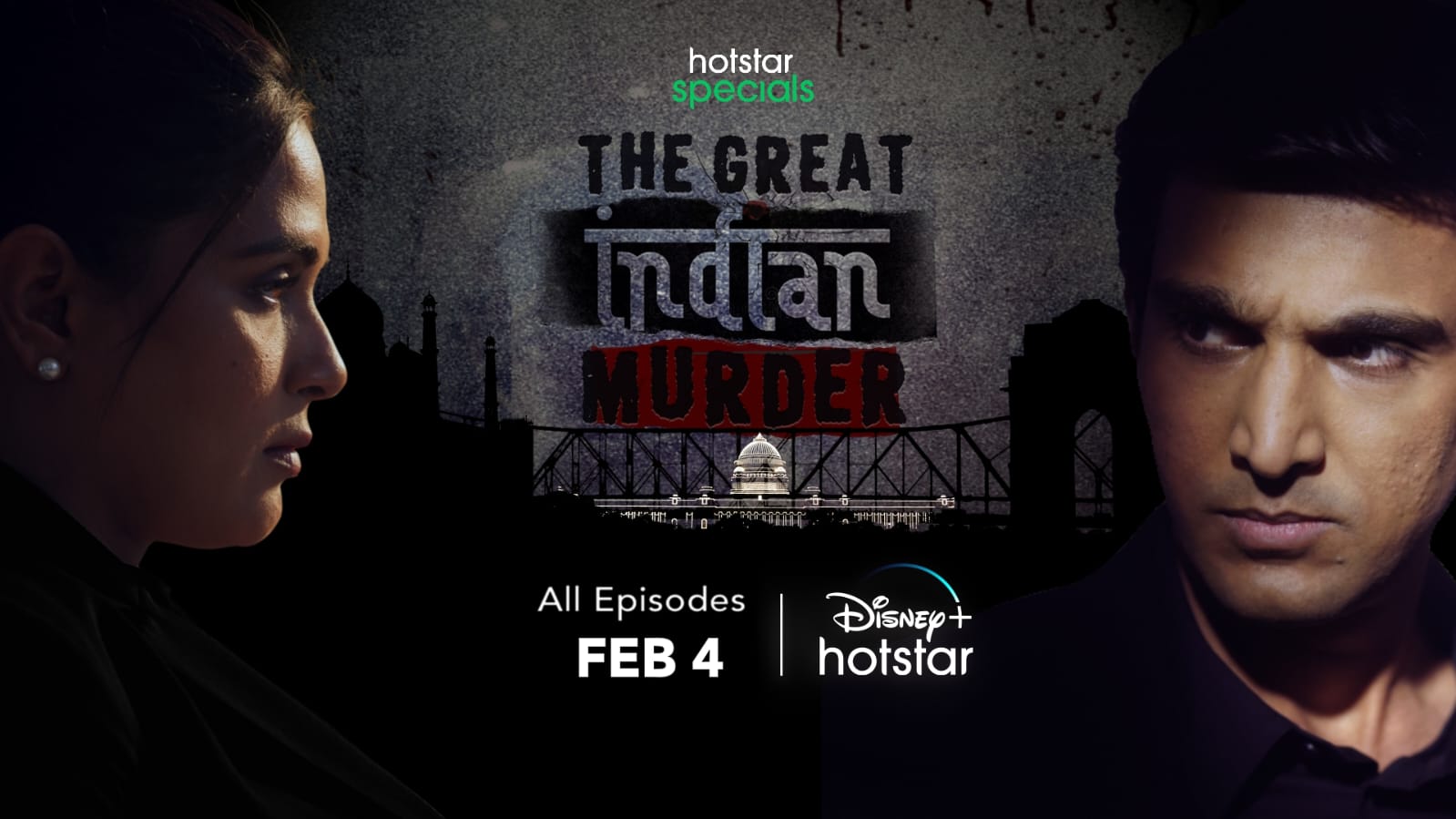 This  has  got  to be the worst  depiction of  body-shaming  in the  history  of  Indian cinema. The privileged  spoilt immoral  debauched  son  of a rich business family invites an  actress  to a hotel room  with the  lure  of  “buying”  an award.When she  begins to undress  he  looks at  her in disgust  and  exclaims, “You are sagging all  over.”

I cringed  for the  talented  Paoli Dam  who is  made to  do the dirty  job of playing this  degraded  actress. I celebrated  when the  vile  heir-apparent Vicky Rai(played with lipsmacking arrogance by Jatin Goswami)   was  bumped  off .

Good  riddance  to bad rubbish, and  all that. But  then if we were  to move on  quickly each time  a perennial  offender perished , what would the lawmakers do? The Great  Indian Murder  piles  on the  suspects  faster than food on a hungry  plate . One  after  another the potential murderers  come on from every part  India, including  Rajasthan and  the  Andaman….not  Nic Andaman & Nicobar , donon alag hain, the  suspect Eketi, played  by the Malayalam actor Mani PR, explains.

As  a prime suspect this  is  big break for the  very unconventional looking actor.  It  is embarrassing to see how Mani’s esoteric looks  and  language are used to  accentuate  the character’s otherness. Outwardly the series seems to  insinuate  an inclusiveness  through  Mani’s character. But  the more we  know Eketi  the  more we realize that  the plot  exploits his other-ness rather than celebrate it.

The  tragic end that Eketi’s character  encounters  takes  9  episodes  of blustering  searing investigation   by three CBI officers. Richa Chadha’s  Sudha Bhardwaj and  Pratik  Gandhi’s Suraj Yadav begin their uneasy relationship like Raveena Tandon and Parambrata Chatterjee  in  Aranyak  . But after the initial soul-sniffing  the  two are given no space to  let a relationship evolve. In fact there is  more  character growth for  a  third cop Manjot(Guneet Singh) .

Ironically the crime investigation seems  far less engrossing than the suspects’ lives. Munna(played with humble austerity by Shashank  Arora) gets  picked up by the  cops  at a mall. “What were  you doing  in a mall? People like you have small stores  in your locality to  hang around in,” a  loutish cop tells  Munna.

The  irony  of such  social discrimination is  lost on    the plot. The underprivileged  characters  who are  cornered as suspects end up either betrayed or dead or both. Nemesis takes   long to  arrive. When  it  does,   there  is  very little  interest left in the characters’  destiny . The  performances range from the listless to the nominally enthusiastic.Raghuvir Yadav’s antics as  a  split-personality who thinks he is Mahatma Gandhi, encapsulate  the too-ambitious-for-its-own-good  spirit  of this visually well-mounted  but emotionallty lackluster adaptation of  a novel which at the best, a timepass read.  The   OTT adaptation isn’t anywhere close.