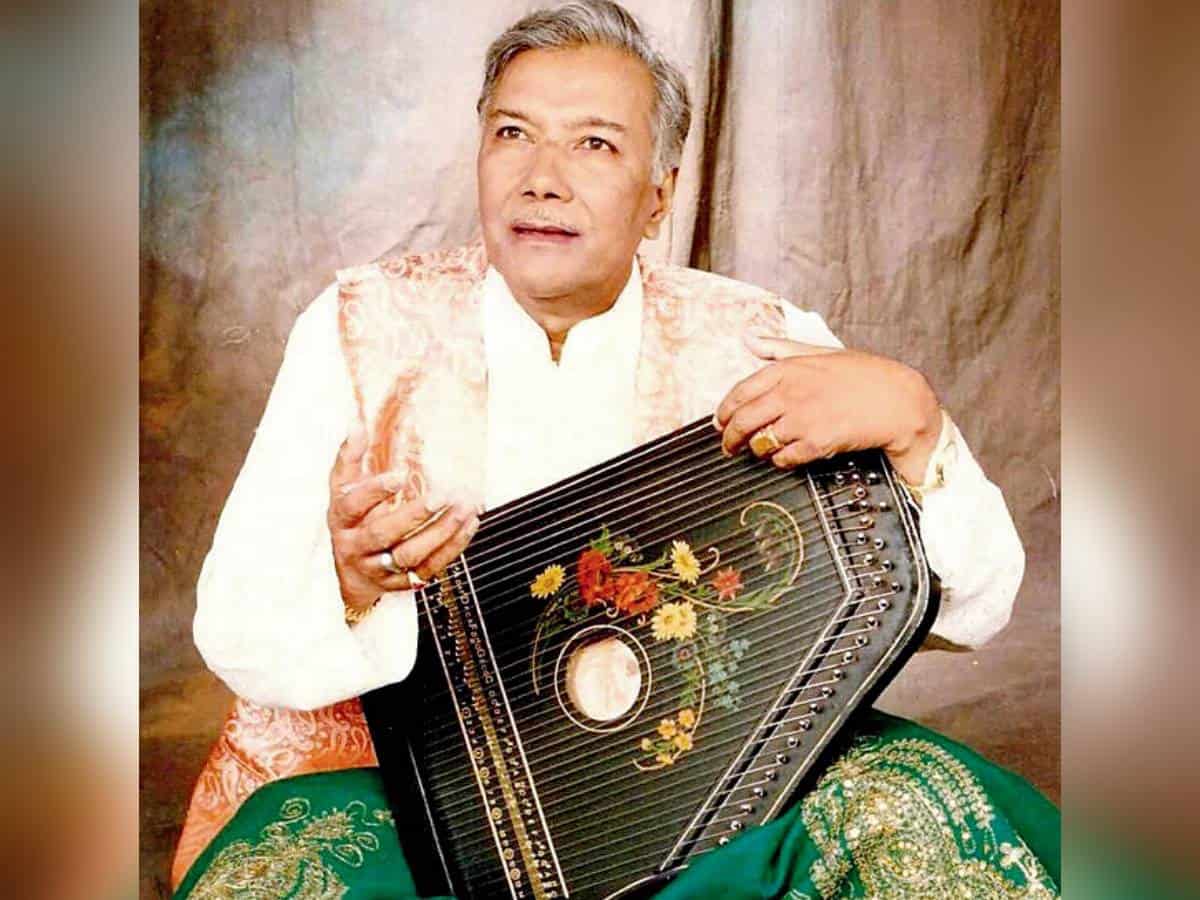 A year after his death, a chowk named after the legendary singer, the doyen of Hindustani Classical Music, Padma Vibhushan Ustad Ghulam Mustafa Khan, will be unveiled by Aaditya Thackeray, Minister of Tourism & Environment, Govt. of Maharashtra, in presence of veteran and noted singers from the Bollywood fraternity. Located near the office of the Additional Commissioner of Police in Carter Road, Bandra West, the ‘Padma Vibhushan Ghulam Mustafa Khan Chowk’, will be inaugurated on Wednesday morning. The late singer’s family and his students will also be present to laud and cheer the legend.

Born in Badaun, Uttar Pradesh, Ustad Ghulam Mustafa Khan was the eldest son in a family of four brothers and three sisters. He received his basic classical music training from his father and later studied music under his cousin, Ustad Nissar Hussain Khan. A torchbearer of the Rampur Sahaswat Gharana, Ustad Ghulam Mustafa Khan has been the recipient of various awards and accolades. He was awarded the Padma Shri in 1991, followed by the Padma Bhushan in 2006 and the Padma Vibhushan in 2018. In 2003, the Sangeet Natak Akademi Award, the highest Indian recognition given to practicing artistes, was conferred upon him.

Ustad Ghulam Mustafa Khan’s repertoire also includes his vast contribution to Hindi and other regional films, for which he composed and sang both. Mrinal Sen’s Bhuvan Shome marked his foray into playback singing for Hindi films and he then went on to record many more, including various documentaries. One could even say he was way ahead of his time… he essayed the role of Baiju Bawra in the German documentary, Rainmaker, and performed on Coke Studio when A.R. Rahman had wanted to present his Guru with his three generations, consisting of his sons Murtuza Mustafa Khan, Qadir Mustafa Khan, Rabbani Mustafa Khan, Hasan Mustafa Khan, and grandson Faiz Mustafa Khan.

Ace composer-singer, maestro, Padma Bhushan A.R. Rahman avers, “Great Gurus are the eternal force of knowledge and rich tradition which India possesses. The musical knowledge which Ghulam Mustafa Khan Sahib gifted to so many of his students is priceless. The ‘Padma Vibhushan Ustad Ghulam Mustafa Khan Chowk’ would be the rightful honour for his service to Indian Classical Music.”

“A chowk for my Ustad ji (Ustad Ghulam Mustafa Khan) is the best thing to happen. I am so happy; I don’t have words to describe this feeling! Ustad ji was one of the biggest masters of Hindustani Classical Music, Khayal Gayaki/Gharana. The amount of work he has done and the brilliant compositions he has rendered are simply amazing. Even the students of other gharanas sing his compositions! He is an iconic figure, a true legend, and to have a chowk in his name, is the duty of us Indians. This memory must be there forever, and ever, and generations to come should read and know about his contributions,” enthuses veteran singer Padma Shri Hariharan.

Adds master composer Salim Merchant, “Ustad Ghulam Mustafa Khan Saab is always in our hearts and thoughts, and now a chowk in his name only glorifies that furthermore and gives us so much happiness. It’s a moment of pride and honour for his family, his students, and for all of us music lovers. I hope that Ustad ji’s name always remains on top and his remembrance always keeps us smiling.”

The versatile singer Shaan also expresses his elation, “Padma Vibhushan Shri Ghulam Mustafa Khan Saab will always remain a loving personification of Music, Dedication and Devotion through his voice and persona. I am so thrilled that with a Chowk named after him, many generations to come will be inspired towards pure Music. We are all very proud.”

“It’s a great feeling and definitely a moment of pride and will always remain special for our entire family. We have and shall always appreciate Ustad ji’s every little thing that he has done for all of us. He was not only an inspiration to us but to so many aspiring singers and musicians. He has brought glory to the nation with his contribution in the field of Hindustani Classical Music. We are indebted to the Government of India and the ICCR which recently introduced the ‘Ustad Ghulam Mustafa Khan Fellowship for Music’ for foreign musicians and artistes. And now we truly honoured and shall always be thankful to our Municipal Corporator Shri Asif Zakaria, the Government of Maharashtra and the Brihan Mumbai Mahanagar Palika for the chowk in Ustad ji’s name,” express the members of the Ustad Ghulam Mustafa Khan family.

Padma Vibhushan Ustad Ghulam Mustafa Khan, who made his indelible mark in the field of Music, breathed his last at the age of 89 in 2021, in his Carter Road home in Mumbai. And what better than a chowk in his name, near his home, to celebrate the legend! His legacy lives on… need we say more!