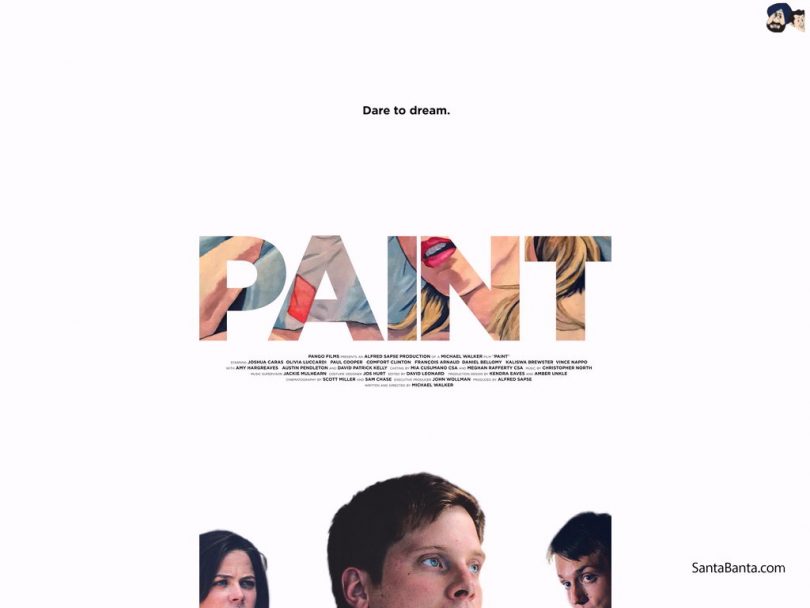 Films set in the art world often strain for intellectual effect. Here is a rarity . A light-to-the-touch  but never over-simplified  film  about young painters who discover a whole universe of deception, heartbreak and selfawareness through some  painful experiences that perhaps they can laugh about in hindsight. Given the circumstances  these experiences are  anything but  amusing when they are happening.

So we have  Dan(Josh Cara) who  goes  up earnestly to his mother and asks her to pose  nude for him. This outrageously incestuous  move  would  apparently  liberate  Dan from inhibitions. Dan’s mother (played  with persuasive  vigour by Amy Hargreaves) is naturally  shocked by this unnatural  request.  The  mother and son  finally agree with damaging repercussions,that she  would  pose nude for photographers taken  by  Dan’s friend which he can use  for his painting.

If you can swallow this  fairly  unconventional pitch on the art of parenting while parenting the artiste, then  the rest of the film sinks its sharp teeth into your senses  gently but firmly.

Dan’s friend   Quinn(Paul Cooper) agrees quite  happily(quite understandably) to take  nude pictures of Dan’s mom.During this  embarrassing exercise the inevitable happens. Yes, this is how unconventional the art world is,or rather would like to be.

This  daintily crafted  movie  directed  by  Michael Walker(remember  his film Chasing Sleep which  did to the  thriller what Paint does to the satirical drama, turn the rules inside-out)  is  never short of breath even as the plot stretches  itself out to  encompass  the  extreme  outer edges of the frame that designates  the boundaries  of  the  art world.

I still haven’t told you about the film’s third young protagonist. Saving the  best for the last. She  is   Kelsey Fricke (Olivia Luccardi) struggling to make ends meet  and  to give  relevance to those  strokes  on the canvas. In  no time at all  disillusionment sets  in. Kesley  discovers that the  old  painter she admires is  nothing but a thief.

I found  the whole relationship between  Kesley and  the exploitative art  dealer  Brett(Vince Nappo) suffused  in the  scent  of mutual exploitation. All the  major relationships  in  the  film are defined  by the  opposition between creativity and  commerce. Just where does art end and self-indulgence begin?

Thankfully this   film  doesn’t need to answer that question. It is maturely constructed  but  always fun right till the end. Some of the language is graphic. But we  get the point even when the characters are caught in compromising  positions. Life for  the   art student  is not  easy. The  education never ends.   It is  never about the  canvas and  the brush. There is  always  a story behind every painting that we see  hanging on the wall of life.

A word  about the sparkling  performances. All three young protagonists are played with  feeling and humour. Performing a difficult role as a mother put in a compromising position Leslie Hargreaves  brings bold shades to her  character’s canvas.As  for  David Patrick Kelly, he is a hoot as an impossibly aged  painter  of renown, whom one   of  the protagonist decides to  have sex with. I thought the  old man would  simply  conk off at the excitement.  He  does worse. Paint never  disappoints, even when its characters  let themselves down.