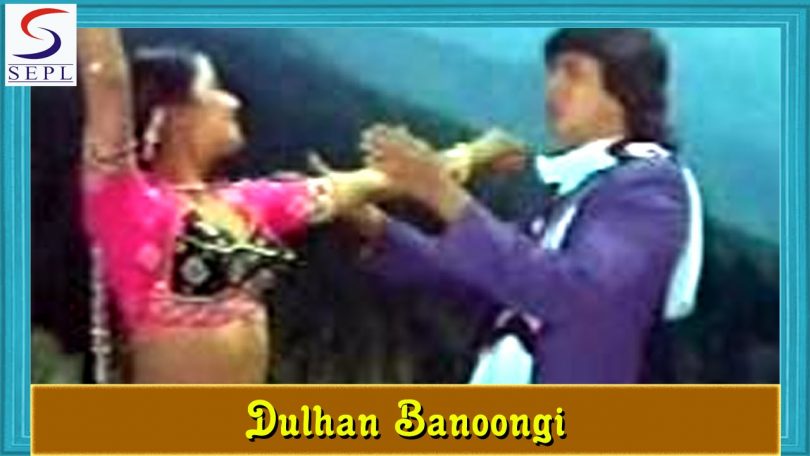 2.     Tere jaisa koi khubsoorat nahin by Kishore Kumar(Bezubaan):  In 1982 , twelve years  before Hum Aapke Hain Kaun  changed his fortunes, Raamlaxman  did  the music for this  prestigious film starring Naseeruddin Shah, Shashi Kapoor and  Reena Roy  directed by Bapu. There is a  popular solo Har  ek jeevan hai ek kahani ny Lataji where I think she never sounded better for Raamlaxman. But my pick from this soundtrack is  Kishore’s Tere jaisa koi, an elegant  lovesong with  elements  of  inspired  poetry  egging the  tune  on to something better than usual.

4.     Tum kya  miley  jaan-e-jaan by Lata Mangeshkar & Udit Naryan( Saatwan Aasman): This Mahesh Bhatt directed  1992 love story featured pretty songs  by Raamlaxman. While  Lataji sang  a  lovely  solo Dheere dheere chal, it was her duet with Udit Narayan  that held you in a thrall. Its movements  were so replete in  romance, the ballad felt like everything Valentine Too bad this film flopped.  It would have  preempted  Raamlaxman’s  glory  of Hum Aapke Hain  Koun.

5.     Soja soja chandni by M  G Sreekumar(Muskurahat): When the prolific Priyadarshan  directed his first Hindi film he  chose to remake  his Malayalam hit Killukam, and also  brought Malayalam cinema’s foremost playback singer M G Sreekumar to sing some of  the songs. Of them, this  lullaby is an undiscovered  gem , and  hard to believe  that it’s  composed by Raamlaxman. The cadences  of the tune are so unlike what  he  normally did! Many  years later Sreekumar was heard  in Mani Ratnam’s Dil Se  doing the  Malayalam portions of Lataji’s hypnotic Jiya jale.