Producer Shailesh Singh On The Struggle To Complete Thailavi
Advertisement 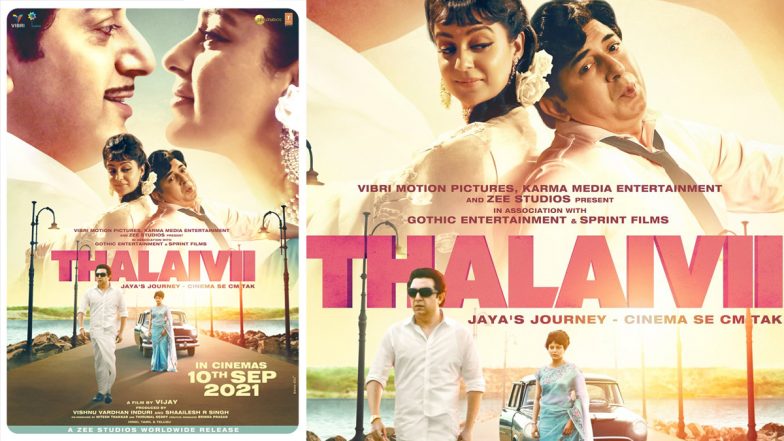 “We Wanted To Make Sure We Did Justice To Jayalalithaji,” Producer Shailesh Singh On The Struggle To Complete Thailavi

It hasn’t been easy for producer Shaailesh Singh to complete the Jayalalitha biopic. But Thailavi is out there where it belongs. “We made it for the big screen. It belongs in the cinemas. And that’s where we were determined to put it, no matter what it takes,“ says Shaaliesh who was in discussions with theatre owners till late Thursday night.

“They were adamant on not allowing Thailavi to be released on the streaming platform. We finally agreed on a 40-day window from the day of the theatrical release. But we still couldn’t release the film in multiplexes. This has been a huge loss of audience and revenues for us. But we are still happy that audiences got to see their hero on the large screen in the South where they worship their Amma,” says Shaailesh.

Does he think Kangana Ranaut is the perfect Jayalalithaa? “Oh absolutely! I’ve worked with her in several other films. But in Thailavi she has out-excelled herself. This is her best performance to date.”

Shaailesh is planning another project with Kangana Ranaut , though not the sequel to Thailavi as reported. “We haven’t thought about the sequel as of now. Right now our focus is on Thailavi. It should be seen and loved not only by the South audiences but by the Hindi belt also. Jayalalithaji was not a regional leader. She was a woman who dared to dream of becoming the Chief Minister of Tamil Nadu. And she achieved that dream.”