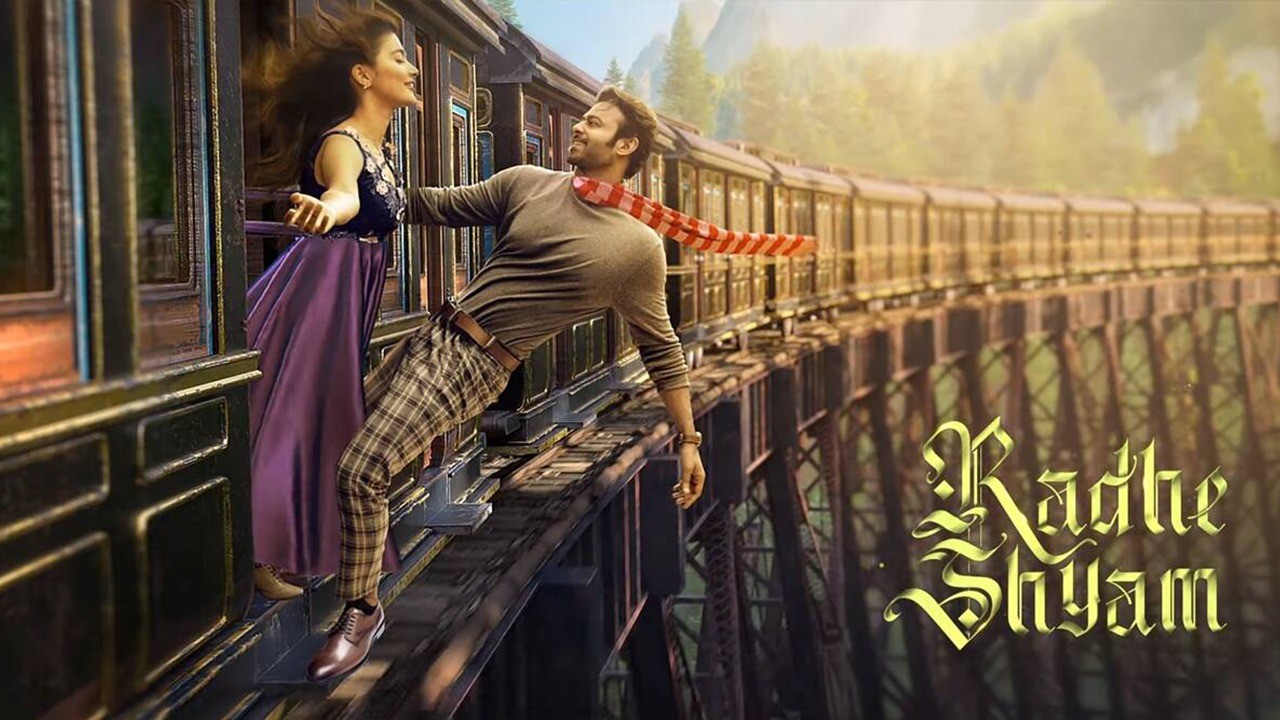 Prabhas’ fanatical fans  are  waiting for his next. Post Baahubali, his release Saaho  was a hotchpotch of unintentional comedy  and feeble action. All hopes are  now  pinned on Radhe  Shyam  which  promises  to have no  action(thank God!). It promises  to be Prabhas’  first full-fledged  love story  , a tender period romance  spread out lavishly across  the 70mm screen.

So much for promises. The first teaser which was  released   for Valentine’s Day  shows an absurd level of giddy headedness and very little control  over the narrative. It has  Prabhas shouting out  endearments  in  Italian  across  a railway platform swarming with girls dressed  up in clothes that could belong to any era from Victorian England to   the 1980s.

Pooja Hedge  emerges  from the  crowd dressed  completely in opposition to the mobs on the crowd. She then teases Prabhas  by calling him Romeo.

“Chee, Romeo gave up his life for love. I am not that kind of a  guy,” drawls Prabhas  trying hard to look as if he really cares.

If not Romeo,just what kind of a guy  he is , we have no clue. But I do hope the director Radha Krishna Knows his  Romeo & Juliet well. Every love story that has worked in cinema  across the world has an element  of Shakespeare’s love tragedy  in  it. Perhaps  Prabhas wants to be different.

The teaser offers  nothing  that constitutes a  passionate celluloid romance.It looks like  a pale imitation of the periodicity  created in  Vidhu Vinod Chopra’s 1942: A  Love Story  with zero chemistry between Prabhas  and Pooja Hegde who  look like two strangers who have  just met in the waitingroom of the aforementioned  railway platform populated with ladies doing a retro fashion parade.