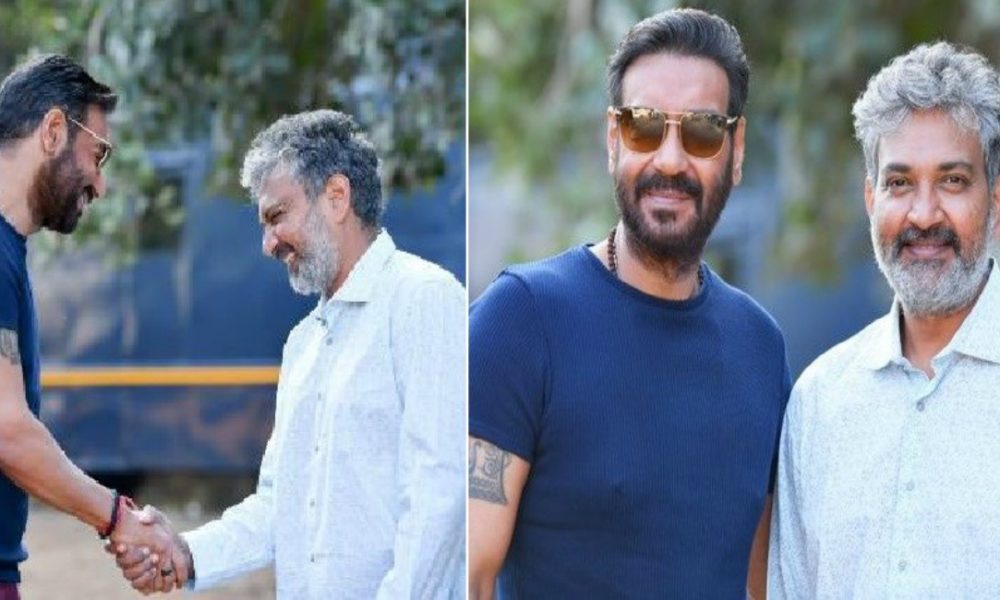 Ajay Devgan and  S S Rajamouli  go back a  very long way. And it’s surprising that  it’s taken them so long  to finally work together in  Rajamouli’s eagerly awaited  RRR.

Ajay Devgan  and Rajamouli have been  planning to collaborate  for the  last  9 years. In  2012 for the Hindi version  of  Rajamouli’s Eega the  director  met Ajay Devgan and Kajol amd hit  it  off instantly.The  star-couple readily  did  the voiceover for  the  Hindi  version of Eega(Makkhi).

Speaking to me  about finally getting to  work with  Ajay Devgan , the  extremely  humble and incontrovertibly brilliant  Rajamouli  said, “Ajay Sir’s character is extremely important for the film. I needed an actor whose face and every word he utters oozes honesty and integrity. I  needed an actor the whole country would believe in what he says or does.”

Elaborating on why  only  Ajay Devgan   fitted the bill  Rajamouli says, “I think if I spell out the requirement and ask who is the best actor to play the role, 9 out 10  people would say Ajay Devgan . We are extremely happy and grateful that he accepted the role and played it to utmost perfection.”