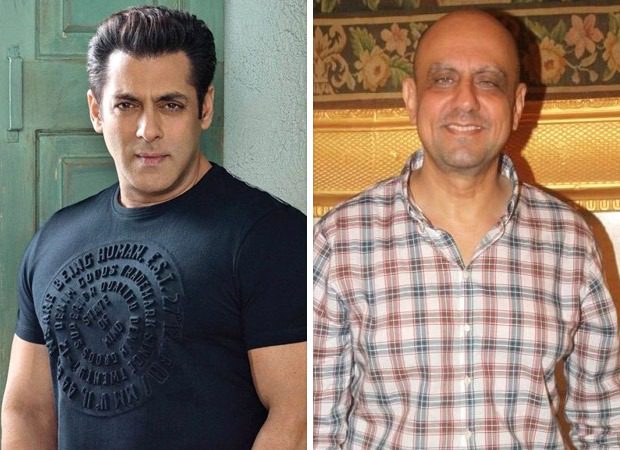 Gupt director Rajiv Rai nearly fell of  his  chair laughing after he heard  that he was remaking his  Tridev(the 1989 blockbuster featuring Sunny Deol, Jackie Shroff , Naseeruddin Shah and the chartbuster Tirchi Topiwale).

According to a  report  on a highly imaginative portal, “A well-placed entertainment news source within the industry has exclusively apprised BollywoodLife that Salman Khan is in talks to star in the remake of Tridev. Apparently, original director Rajiv Rai approached Salman with the idea and he loved it. As the Tridev remake is expected to have a completely contemporary touch, a new director is being sought along with the rest of the cast. An announcement about Salman doing the film and other details is expected in the near future.”

Rajiv Rai wants to know who the  “well placed” source is. “I’m not inclined towards doing remakes whether mine or outside films. That’s not my scene. So I am reluctant to even consider remakes .I’ve had offers, though.”

However  Rajiv did admit that Salman Khan had approached  him—and  not the other way around—but NOT for  Tridev . “Two  years ago Salman discussed with me for his boys to act from his talent agency. It was never never never about him acting in Tridev. When Salman suggested that he  and I  co-produce  Tridev –this  was  during pre-pandemic days— I didn’t want to disregard the proposal simply because he’s a very close and a very old friend of mine. When the  pandemic  set into the world the project took a backseat and I continued with what I was doing. “

Rajiv  has no plans whatsoever  of  remaking Tridev. “I don’t think Tridev will happen, and I have many stories lined up. Tridev was merely at a discussion stage. And it was about Salman and  I co-producing. Right now I’m shooting my own small budget film with newcomers in Jaipur.”