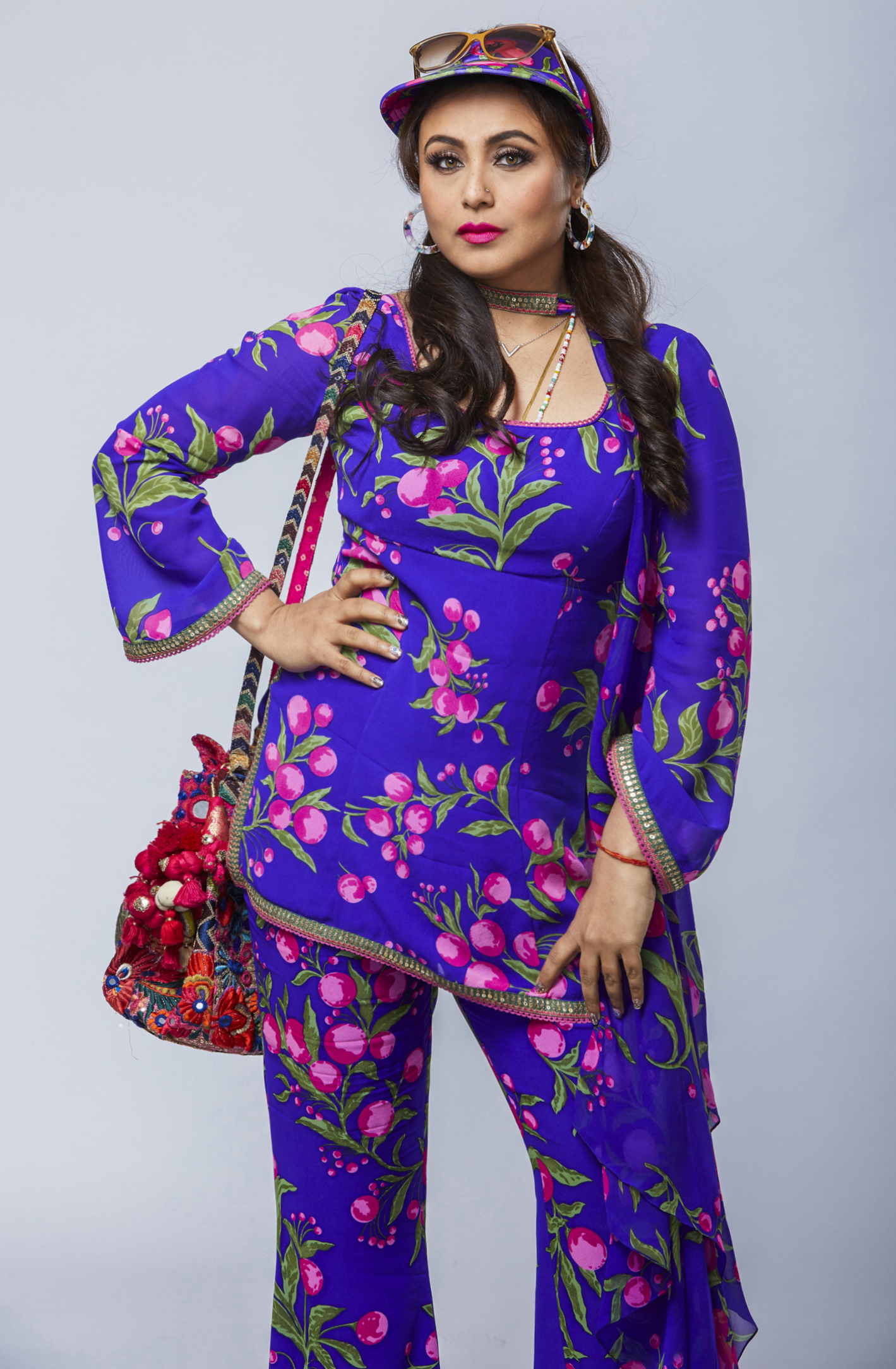 Rani Mukerji is known for her stellar performances. She turns Babli aka Vimmy again in the completely rebooted Bunty Aur Babli 2, produced by Yash Raj Films. The actress turns ‘Fashion Queen of Fursatgunj’ in this film!

Here is  how the story goes now: Rani as Babli has retired from being a con-woman and has settled into family life with Bunty aka Rakesh, played by Saif Ali Khan. Given that she has a lot of time at hand in an idyllic small town, Rani has tried to turn into a fashion designer in Fursatgunj given her fondness for style and panache. Point to note: Babli’s sartorial choices are OTT and eccentric but that’s how she expresses herself and stays the center of attention! Bunty is supportive of his wife’s efforts but not necessarily in agreement with her loud fashion choices!

Rani says, “Vimmy is bored being just a housewife in a small town. She knows she is talented, she is the OG Babli, a smart woman who pulled off incredible cons! Though she is happy in her marriage, she craves more, she craves the thrill and being the center of attention. She was always into fashion and so, she decides to pursue that. Her fashion choices are loud, colorful, and happy because that’s what her personality is and I must say she relishes the fact that people in Fursatgunj look up to her. People in this village are not exposed to fashion at all and Babli becomes the Fashion Queen of Fursatgunj!”