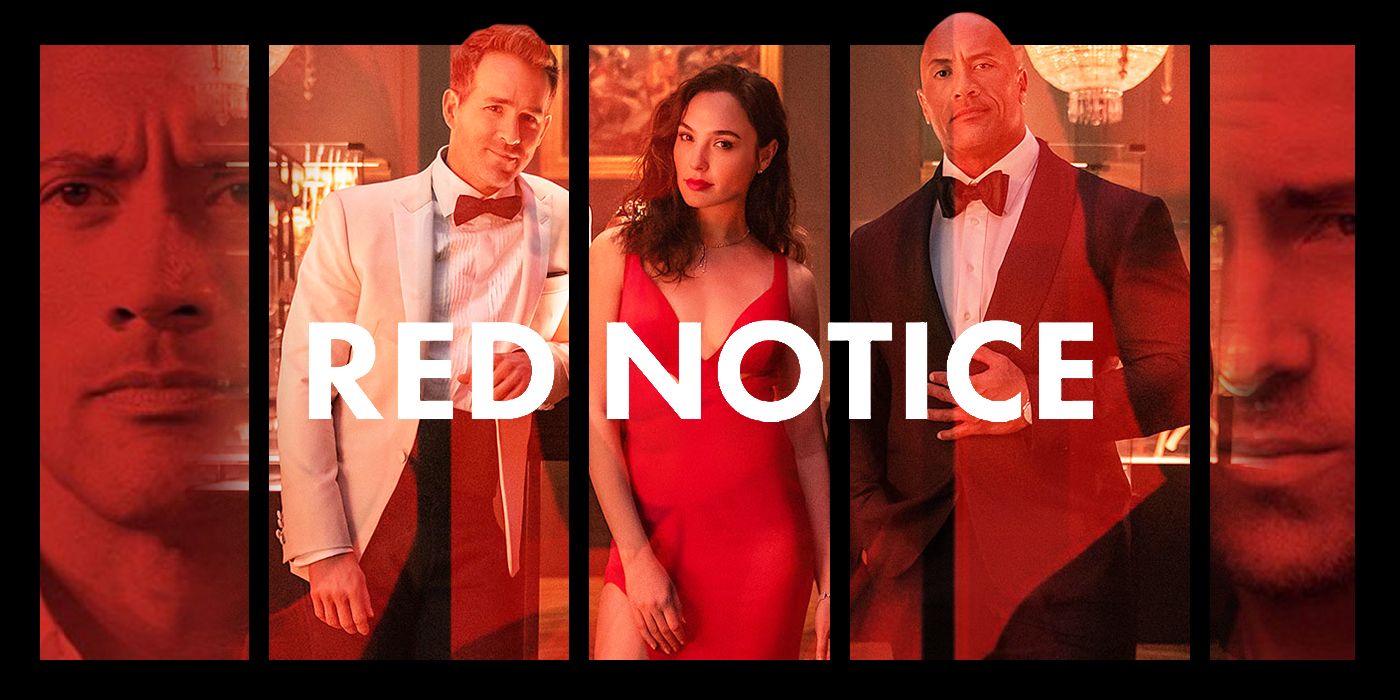 Apart  from a very funny  special appearance by a  major  musician at the  end ,Red Notice is an exceptionally unfunny  woefully  disengaging  thriller. It’s like   the Dhoom franchise  gone horribly wrong in spite  of  three of  the most charismatic  stars doing their best to convince us that they are  having fun doing a heist  actioner that  is potentially a  winner on paper.

Sorrily,  heist makes waste   in  Red  Notice. The dumbness of   the chic charade  hits you hard. How can  so much charisma  be  put to such colossal waste?  Reynolds whose last release  Free Guy  was bad enough, gets worse. I couldn’t figure out  whether  he seemed more tired or his jokes.

To his credit Dwayne Johnson takes  all of Reynolds’ insults  on his chin. In the  first 30 minutes Reynolds  calls  Johnson ‘Baldylocks’. He  also calls Johnson “a well-dressed wall”,   comments that  the  back of  Johnson’s head  looks like  a huge penis(in what way, I  couldn’t tell)   and  threatens  to send   Johnson’s mother a picture of  Johnson “mouth-sexing a goat”

Whether Reynolds actually has such a picture in his  possession is  not clear. I suspect not. Reynolds is constantly lying.Not that we care for the truth here .Nothing is  comprehensible in this  vomit  of a  film where three  major superstars got together to make some quick bucks  caring  little that the quivering  concoction  make them  look like  fools. None more so than the  gorgeous Gal Gadot who tries to act  saucy sassy and sexy and ends up  looking desperate  to please. All three  superstars play jewel thieves  out to get a priceless  egg-shaped  jewel that  Anthony  presumably  gifted Cleopatra.If  only he knew what  was in store.

I am not too sure  if  our trio of superstars  read up  on Egyptian history before  doing this  farcical film. Or maybe they  just made do with watching  Richard Burton and Elizabeth Taylor , both of whom were  charming even  in the worst  of  circumstances. I wonder  if they could have made Red Notice work. I doubt it. Things can’t get any worse  than this. The  plot is  plastered with preposterous  loopholes  and  ridiculous stunts.

In  one  sequence  when a  missile is hurled at a chopper carrying Johnson , it passes through one door and  out of the other.At one point in the fights with the baddies Reynolds hurls a snowball as a weapon.  Oh, and  both Johnson and  Reynolds have Daddy issues.

“My dad was  a criminal so  I became  a cop. Your dad was a cop so you became  a criminal,” explains  Johnson to Reynolds in all seriousness(Johnson always  looks  serious even when he  is  put  in  a film as wretchedly  flippant as this).

Can’t figure which is worse: the amateur  psychology or  the juvenile  direction.

There is  a villain named Sotto Voce whose speciality is  strangling his  opponents. The choke, as  you can see, is  on the actors  of this dressy  balderdash.

Oh, there is an actress of Indian origin Ritu Arya cast as a CBI office. Everyone calls her ‘Inspector  Das’ but for reasons  best known  to the  scrappy scriptwriters she  gives her orders  in Spanish.When she threatens to take Ryan Reynolds to the worst place he can imagine, he  quips,  “Your Instagram  account?”

There is actually a much worse  place  to be in: this film.