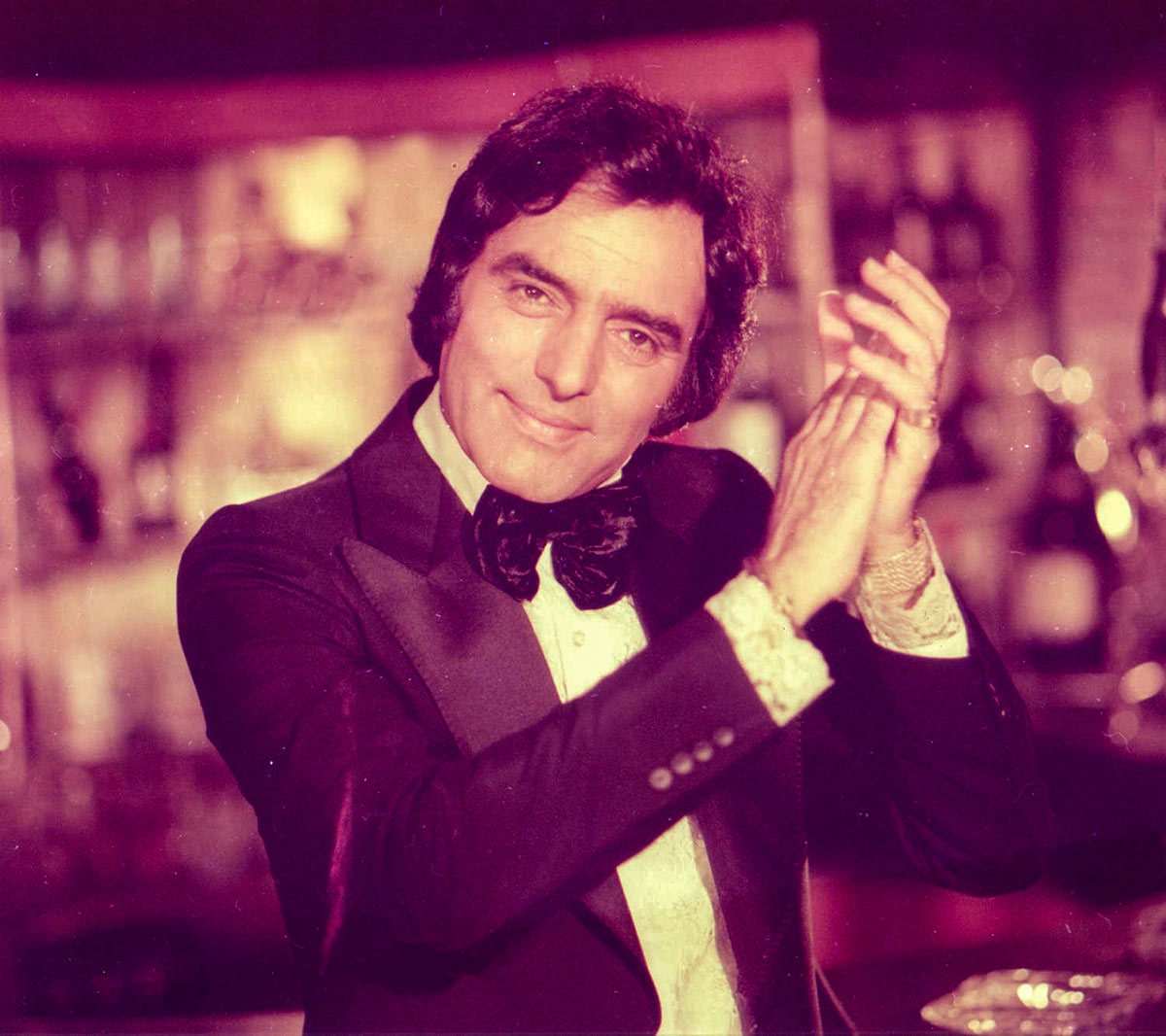 I have to agree with my friend Fardeen when he says his father Feroz Khan was one  of his kind. There  will never be another Feroz  Khan. He  was  by far the coolest actor  of India. In fact  the word ‘cool’, so abused  in recent times, seems to have  been invented to describe Feroz, or FK as his  friends called  him.

Feroz started his career with  a bit role  in Hum  Sab Chor Hai. His first lead  was  in a film titled Ghar Ki Laaj. Feroz spent  most  of the 1960s playing the guy who loses  the heroine to  another  guy, mostly  played by actors who didn’t have half of Feroz’s charm. One can understand Feroz losing Saira Banu  to  Dharmendra in Aadmi Aur Insaan(though  admittedly he had the gorgeous  Mumtaz’s shoulder to cry on) and to  Rajesh Khanna  in Safar. But  how could he lose Mumtaz to Sanjay Khan in Mela,and never mind if he  was his own  brother?

In  the  1970s  Feroz re-invented his career as  a  leading man , Indian cinema’s first and only cowboy  in Khotte Sikkay  and  Kala Sona  . But by mid-70s  it  was clear  that Bollywood couldn’t decide  where to position this urbane cowboy .It was  time for Feroz to create his own  opportunities.

In  1972 he  turned producer director with the slick action thriller Apradh.Pal Mumtaz, who  was  to later become his  samdhan(Feroz’s son married Mumtaz’s daughter)  stepped into  the heroine’s stilettos. The  film , shot in Germany, was a  big success .In   1974  Feroz directed his  ambitious unofficial remake of Dharmatma  with Premanth  playing Marlon Brando(no Brando didn’t sue) and Feroz in  the Sunny Corleone  role.

Hema Malini who hada  guest appearance in  Dharmatma  recalls Feroz’s cool quotient with a smile. “He was the first and last man who called me ‘Baby’. No one has ever dared. I wish they would. What a suave man he was.When I agreed to do Dharmatma he made it very clear I was there in the first-half only. He said, ‘You can’t say no, Baby!’ That was a new experience for me. My mother was more shocked than I was.With everyone addressing me as ‘ji’ it feels nice if someone comes up with a term of endearment. He decided to take on the challenge of making me look more glamorous and sensuous than ever before.That was a tough job because I was constantly fighting to cover myself up more than those costumes by Parmeshwar Godrej allowed.I don’t think I’ve ever used so many safety pins in my entire lifetime.He wanted me to be as uninhibited as today’s heroines. That wasn’t possible for me. We  shot   Dharmatma  in Afghanistan.I don’t think any film unit had gone there before. It was a memorable experience. And we really had to rough it out. It was freezing cold in Kabul. We had to stay in tents. In the evenings we’d all sit together and prepare for next day’s scenes. Otherwise after shooting I always kept to myself. But he persuaded not just me but also my mother to join the unit in the evening.‘Come on, Mom. Join us.’ My mother was taken aback. We’re basically very shy people. But he’d make her part of the discussions. That’s the way to make films.One gets so charged and enthusiastic. I wish Feroz Khan and I had done more films together.”

Sridevi who got a image makeover in Feroz Khan Jaanbaaz with just one Har kissiki nahin  milta yahan pyar zindagi mein spoketo me fondly of Feroz soon after  his death. “What an impact that ten-minute  role  left  on audience!It was   because of Mr Feroz Khan’s   presentation that I made an impact in Jaanbaaz. At first I was hesitant because it was just a guest appearance. Also the presentation seemed a little too sensuous for my personality. But when Mr Khan spoke to me in my mother tongue I was immediately convinced. Yes, I was as surprised as you are. But he spoke fluent Tamil… He was a very classy gentleman and his cinema reflected that. I was very proud to be in Jaanbaaz. It proved it’s not about the length of the role but the impact.”

It was  Feroze Khan’s Qurbani that left his most indelible mark as a filmmaker. The film’s suave  presentation was  never seen before in Indian cinema. Zeenat Aman who sang and danced her way to superstardom with Aap jaisa koi and Laila main laila, lights up when speaking of  Feroz. “We shot the song Laila oh laila for another film altogether with another title. After we shot it , Feroz Khan being the mercurial movie moghul that he was, decided  to scrap the original film, script and title. He instead decided to make Qurbani overnight. We were fine with the decision because we had only shot that song Laila oh laila…so Qurbani was born after we filmed the song.”

Zeenat remembers the phenomenal  reach of the song.  “When we were shooting the song we never thought it would acquire such an iconic status.I mean , we had a lot fun shooting it. But I never thought I’d be remembered by Laila oh  laila and Aap jaisa koi in Qurbani to this day.I don’t remember if we had a formal choreographer on the sets. But I do remember Feroz just told me to do my own  thing. Whether it was Laila oh Laila in Qurbani or Dum maro dum in Hare Rama Hare Krishna I grooved to my own beats. Today wherever I go I am asked about these two songs .”

Feroz Khan and Vinod Khanna who  were co-stars in Qurbani  and in Dayavaan(Feroz Khan’s  awful  remake of Man Ratnam’s  Nayakan)  and  who died  on the same  date (though in  different  years) must be  busy making the apsaras up there dance to Laila oh laila.