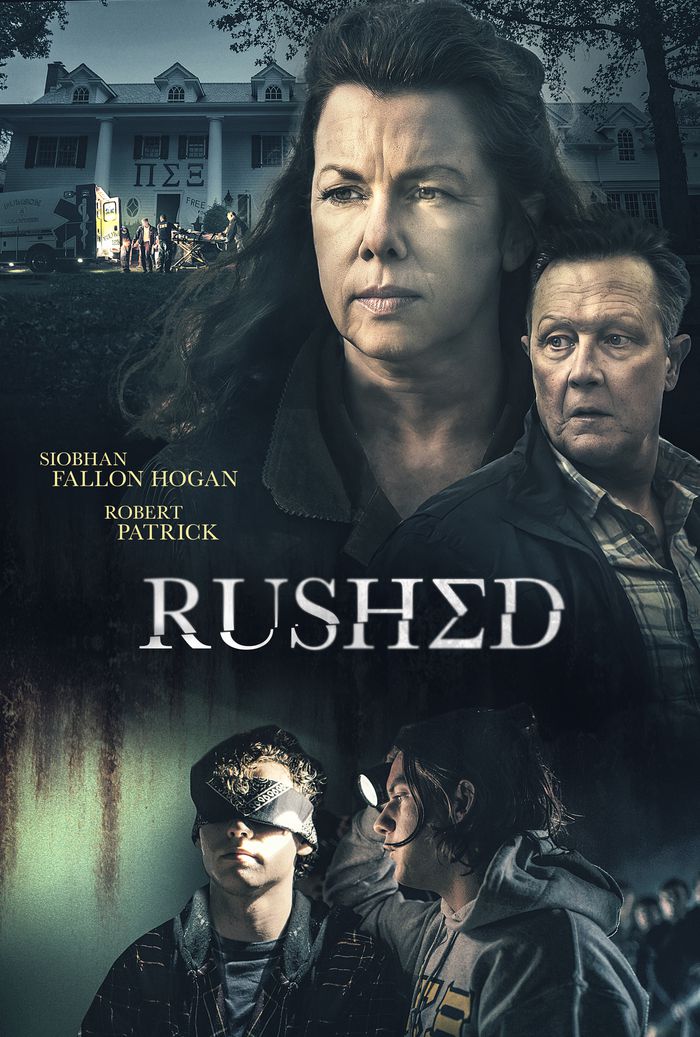 Rushed Movie Review: Put yourself  in  this  mother’s shoes. There she  is, waiting for her fresher son’s phone call all night staring at her  phone in bed. When the  son’s name  finally flashes it is an attendant  from an ambulance informing her that  her beloved son  has gone  into a  coma.

This heartbreaking moment will  haunt you forever, as will  the  mother’s determination to get justice for her son. Siobhan Fallon Hogan as  the mother Barbara  O’Brien is  every  grieving parent  in  the universe rolled into one. She is furious  and  defeated,  determined and anxious to bury her son in peace.

The  first  30 minutes  of the film are poignant  and powerful without  resorting to  maudlin moments  to  wean  our sympathy.  Director   Vibeke Muasya knows the situation needs  no  punctuations…not even a fullstop when the film ends. The  story of  bereavement  after a  beloved son is killed during ‘hazing’(ragging)  is so  violently tragic, it requires no  embellishment.

Stand-up comedian actress Siobhan  Fallon Hogan plays  the mother with a gut-wrenching grit, rarely allowing the  character  to resort to   tears.Hogan’s determination to  get justice for her son is so  intense and  uni-focussed  it  just gets us  all fired  up. The way she takes off in her car with some  clothes thrown into a washing basket  , with no member of family not even her hasband( the quietly  effective Robert Patrick) trying to  stop her, shows that this mother means  business.Always has.

Sadly after a brilliant  start the  plot loses the  plot, if you know what I mean.  Too many repetitive scenes  of grieving mothers, too many indifferent  politicians, too many deadends.And the narrative’s final act  where Barbara confronts her son’s tormentor (Jake Weary) one-to-one is  so steeped in vigilantism, it feels  like  another  far less  real universe than the one that we saw Barbara  occupy before she become a gun-toting Mata Hari. Jai Mata Di!

Nonetheless there is  enough in Rushed to make  it  a far-from-ordinary experience.  The  mother’s grief , at least initially,  was  so palpable  it hit me  like a whiplash.