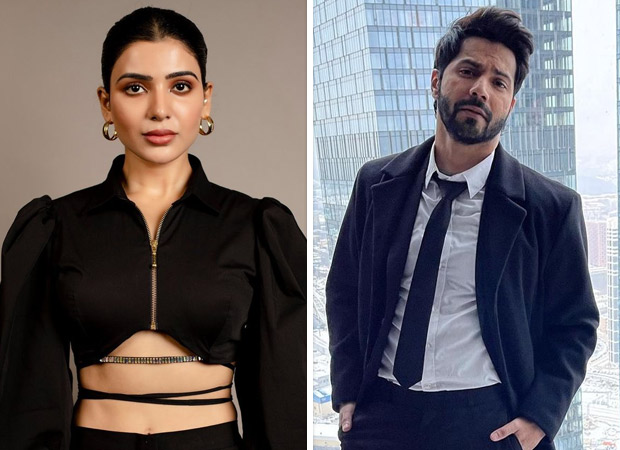 Samantha Ruth Prabhu is back with Raj and DK. The directorial duo which last year took Samantha’s career  to another  level with The  Family Man2  on Amazon Prime, is all set  to  star  in  Raj and  DK’s  Indian spinoff  of  Anthony & Joe  Russo’s series Citadel  again  on Amazon.

Samantha Ruth Prabhu was  spotted in Mumbai  this week  posing happily  for shutterbugs with  Varun Dhawan.

While  Priyanka  Chopra  Jonas , Richard Madden  and the distinguished Stanley Tucci lead the  cast for the  global  version of the series, Varun Dhawan and Samantha are  finalized  for the   Indian  spinoff of  Citadel  which  will be  directed  by Raj  & DK  whose  The Family Man franchise has re-defined   the OTT space in India.

Raj  & DK are currently helming a series for Amazon featuring Shahid Kapoor and Vijay Sethupathi. They will be  shooting the  Indian spinoff of  Citadel as  soon as  they  complete  the   Sethupathi-Shahid  series  entitled  Fakes. The title is still under wraps.

In the meanwhile all  the 7 episodes  of   the  international version of Citadel  with Priyanka and Richard Madden which will air from 17 March 2022, has  been  shot in London. Curiosity about Priyanka’s  character is  humongous. All that is known  at the  moment is that she plays  a spy, and that too  is  an unverified  rumour.

Also, for those desi Bollywood fans hoping to see Varun and Priyanka  together in Citadel  there is bad news. The two Bollywood two stars  have  no scenes together,as Varun will  only  be part of  the Indian  spinoff of  the series with Samantha.