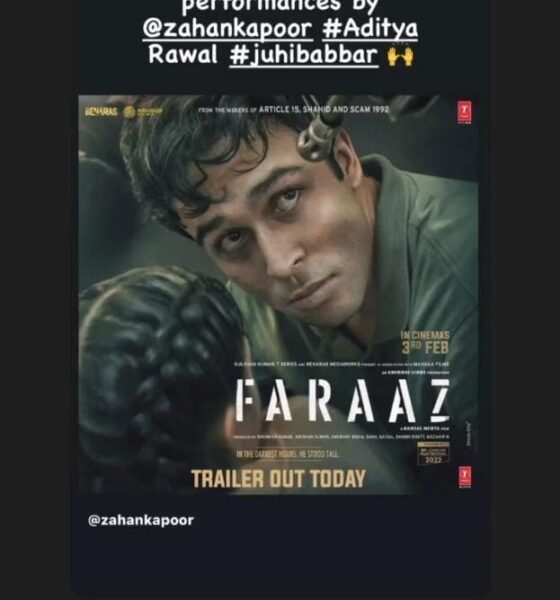 On Tuesday, debutant  Zahan Kapoor  and  the makers of his  debut film  Faraaz hosted a special screening for Zahan’s family and Alia Bhatt, Kareena Kapoor Khan and others are all praises for Hansal Mehta’s hostage drama

The film is based on the real -life terrorist attack at the Holey Artisan Cafe in Dhaka which took place in 2016. The brilliant film is directed  by  the master of  real-life  dramas Hansal Mehta  and  co-produced by another  redoubtable filmmaker Anubhav Sinha .

Faraaz  received tremendous praise when it premiered at the London BFI festival.

Viewers got an early review from the likes of Alia Bhatt, Kareena Kapoor Khan, and Neetu Kapoor who praised the film. Even Ranbir Kapoor and Saif Ali Khan loved the film. Aditya Rawal and Zahan Kapoor were praised for their performances.

Alia Bhatt said,”Congratulations to the whole team of Faraaz! What a moving, poignant film! Fabulous performances by each and every actor!!! Must must watch”

Faraaz is all set to release on February 3rd 2023.