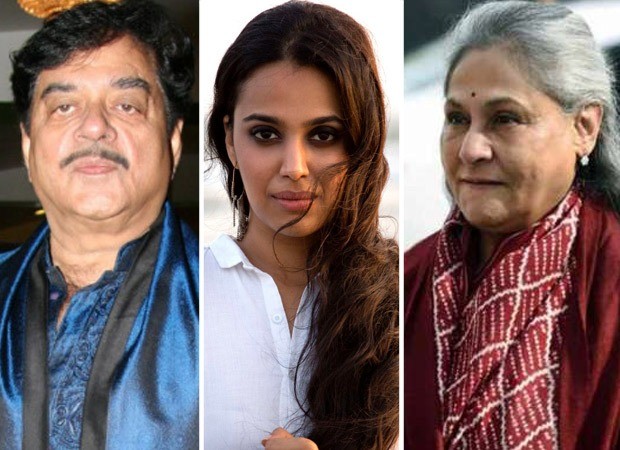 The winter session of  parliament  began on a stormy note with Ravi Kissan  speaking of  the  film industry as a  den  of  druggies.

Jaya Bachchan, taking  strong exception slammed Kissan on the parliament  floor commenting that he  should be  ashamed himself  for vilifying the industry.

Most   industry  folks  are in  agreement with Jaya  and are  looking  up at her as  the (sane)  voice of  the  industry.

Shatrughan Sinha , Jaya’s old Gaai Aur Gori co-star(she played  the Gori and no, he didn’t play  the  cow, jokes Shatruji)  is one with  her. “Who says our film industry is filled with drug takers? I’ve been a part  of the industry 50  years. No  has offered me any drugs or done drugs in front of me.Having said that there may be a minuscule   section in the industry that  does drugs. It’s  time to clean  them out.”

Says Swara Bhaskar,  “Kudos to her. She is 100% on point. I’m so glad that someone of her stature and credibility spoke up for the film  industry.”