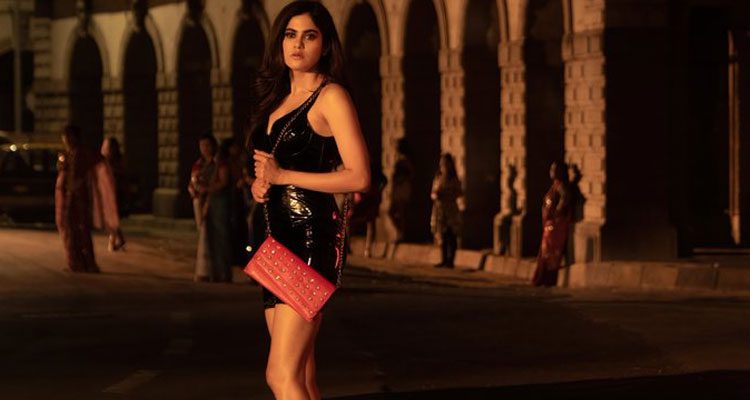 This is  not a series that  can be classified  easily. Its heroine Bhumika Pardeshi is an undercover cop like no other we have seen. The law-enforcement agency sends her off on a drug-bust mission which could   easily leave her dead.

But Bhumi doesn’t seem to care. Does she  enjoy her  death-defying job as it offers  a  chance to lead  a parallel life far more  exciting than her  middleclass Maharashtrian upbringing and her constant  squabbles with her rebellious sister Rupa(Shivani  Rangole).

Bhumi is  a very unhappy woman.It’s in her eyes. We seldom see her smile  in the  seven episodes of Season 2 except when she  is  with  the  gangster Nayak(Kishore  Kumar G).A sinister shadowy figure who operates  from the darkchat domain.

Like everyone else in this  restless series, Nayak leads a  double  life. He is at home, the  perfect  family man.The traditional Maharashtrian home  where  Bhumi finds  emotional sustenance with Nayak , is given the  right  artwork touches to make  it look like  rural paradise, a fantasy getaway resort.

A  lot of the dramatic scenes are  shot in the detached atmosphere of luxurious hotel rooms where the drama  that unfolds is surprisingly at  odds  with the elegant atmosphere.

The  blueprint from Season 1  is very much operational in Season 2. We are dragged  into a tense  cops-and-crime drama  where the  undercover cop mingles with gangsters  and hookers as though she  is  part of  this seedy world.

Midway through the  seven episodes  Bhumi’s world  of dangerous  duality begins to come apart. She feels she is neither a part of her  natural  habitat, the  police station. Nor  does she fit  into the world of drugs and crime she has adopted as her dangerous playground.

Straddling two divergent  dimensions, Bhumi comes across as an  irredeemably tragic figure.Aditi Pohankar plays Bhumi as  a  vulnerable  woman giving her  virtual identity all the grit she can never  apply to her own life. Vishwas Kinni as Bhumi’s handler is another talented  regular  in the series who brings to  the table a knowledgeable  fidelity that  makes the  more  implausible  plot points seem like  a karmic  intervention.

She Season 2 is shot  largely in the dark where civil law-abiding behaviour has  no  place. Pohankar’s Bhumi is a lost cause  in the truest sense of the word.She is  floating in a haze  of self-annihilation. She knows she is hurling down a one-way street taking us  with her in  her  damn-burst of gun-blazing  self destructive heroism which  finally  has no resting place.