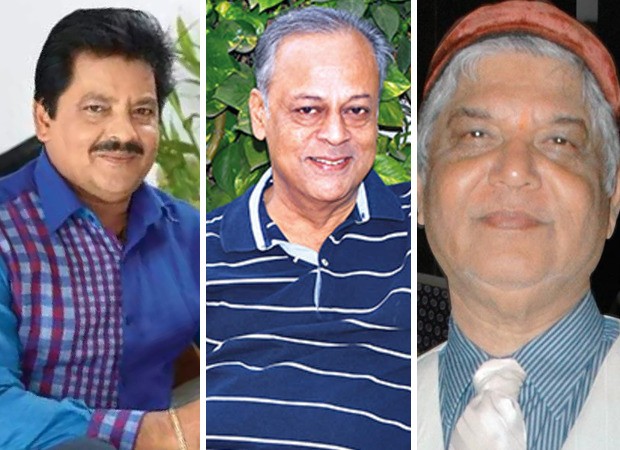 Music composer Raamlaxman was  much-loved by  all  the  singers who sang for him. Udit Narayan  has the fondest words for  the  deceased  composer. “He was  a very talented man . And so much fun to be with! Songs were  such chart busters. I think the first song I sang for him was a  fun song in film called I  Love You in 1992. The same year  I sang a lovely duet for Raamlaxman with Lataji:  Ruk bhi jao jaan-e-jaana. I think this was  the  first time I had the  honour of  singing with Lataji. I was not  a part of  Raamlaxman’s biggest  films Maine Pyar Kiya  and Hum Aaapke Hain Koun since Salman Khanji preferred  the great S P Balasubramaniamji. But I did have one chorus song  in  Hum Aapke  Hain Koun: Dhik tana.And several chorus  songs in Sooraj Barjatya’s Hum Saath Saath Hain. They were great fun to sing and they were big hits. Then there was  the great Manmohan Desaiji Anmol where Raam Laxmanji took me as the hero(Rishi Kapoor)’s voice while Lataji sang for the heroine(Manisha Koirala). It  was always a pleasure to sing for  and to spend time  with Raamlaxmanji.”

Shailendra Singh  who sang innumerable hits for Raamlaxman, remembers  the  composer  fondly. “Laxman was a very  good composer. But he was an even better human being. He was fun to work with . He was  full of anecdotes  and he  would make  you laugh. And he  was  a good mimic.And  the best part of singing for Laxman was that he  never  took too many retakes. He  didn’t believe  in them. He  was  always  confident, ‘Jo record kiya who sahi hai’.And another distinctive characteristic  of Laxman’s working style  was the way he recorded  the duets. He  gave  the male  and the female singer the lyrics written in different colours. So  the singer  didn’t have  to write  his or her part of the song before singing.  It was all there in  perfect handwriting.All the two singers in  a duet had to do was sing. And   the recordings  would be over in just 3 hours or so. I really enjoyed  singing for  him. My first song for Laxman and Ram when Ram was alive was  in the  film Agent  Vinod , Loveleena aa gaya hoon main.  After that all the songs in Tarana  and Sanch Ko Aanch Nahin. I also sang  for  him in his two biggest  hit soundtracks Maine Pyar Kiya and Hum Aapke Hain Koun. It was great  working for him. From the songs  that  I sang for him  my favourites are Loveleena  from Agent Vinod, Gunche Lage Hain Kehne  from  Tarana, Hum tum  donon  saath mein bheeg jayenge  barsaat mein in Tarana, the Ghazal  Mere bass mein agar  kuch hota toh tere aankhon mein aansoon na aane deta and  Aankhon aankhon mein from Saanch Ko Aanch Nahin, O  Basanti  from Sun Sajna, His  death is a personal  loss  for me. God  bless  his soul. May he  rest in peace.”