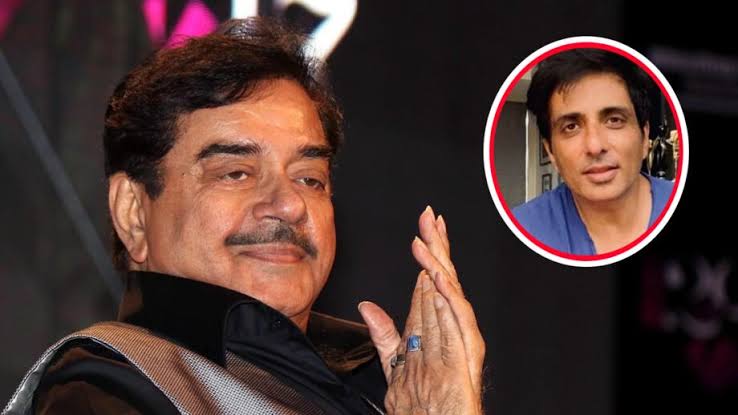 Never one  to mince words,  former  BJP politician  Shatrughan Sinha has lashed out the Government for not honouring Sonu Sood  with a  Padma  award  this Republic day.

Speaking exclusive to this writer Shatruji said, “Bataaiyee aap, Sonu Sood  ko  honor nahin kiya. Issse dishonourable   kya ho sakta hai? The work that Sonu has  done with migrants  during the  lockdown and  the work that he continues  to do  with  the needy and the distressed in our country—in our  country there’s no dearth of them—is exemplary. If   the  Government  is not  honouring and recognizing Sonu’s efforts then the national  awards  have no relevance.It’s like the great Dilip Kumar not being given a single National award.Shameful.”

Shatruji singles  out Sonu for being  a real hero. “Our filmi heroes are heroes only on screen. Off screen they are silent spectators  watching victims bleeding to death  at the  roadside. Tamasha dekhne wale  hain yeh log. I would say Sonu is not just a hero, he is  a super-hero.”