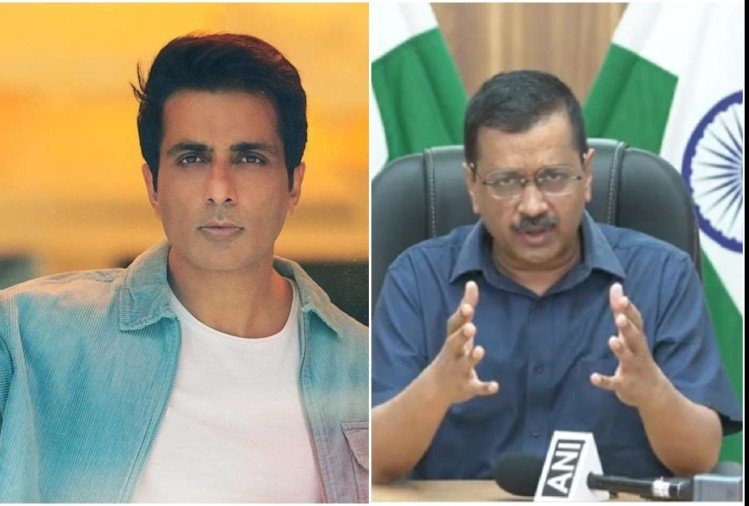 Sonu Sood On Why He Has Joined Hands With Kejriwal

Seeing  India’s most  active messiah sharing  the  dais with Delhi’s  most  vaunted  chief minister Arvind  Kejriwal, tongues have  started  wagging about a  possible alliance with the AAP.

Sonu Sood modestly shuns  all political  motivations. “I know the media was agog on  Friday . Is Sonu Sood finally taking the plunge… and all that.Lekin nahin,Sir.  I have no such plans now  or in the future.I’ve been offered a Rajya Sabha seat more than once. But I see no  advantage  in  affiliating myself  to any political party. They even  assured me that  I won’t have to tweet about  their events  and ideology. But I think  I can do my work much better  without  being  in politics.”

The actor-turned-philanthropist says it was  again a  humanitarian issue   that took Sonu Sood to Kejriwal  on Friday. “This mentoring   programme is   close  to my heart , because I do  a lot of things in education. During the first lockdown we sponsored 2,700 students. This year the number is  8-10 times that  number. I thought  if  if I can become  the face of  student mentoring and  if I can inspire  such sponsorship in  education,then  there is  nothing  to  reconsider.Just go for it.”

Sonu Sood admits he  did think  about the political insinuations  of  his action. “But should that deter me  from doing my good work? I don’t care about the  colour  of the political flag. Tomorrow  if some other party asks me to  share a platform for some  good work  I’d  happily do it. Once it is known that my motive  is not political, the speculation will stop. This partnership with the AAP  will help me reach out to lakhs and lakhs of  students and inspire  others to mentor students  specially from Class 9-12 when students  don’t know  what to do with their lives and they need someone  to guide then when their own parents are  not educated enough to guide them. So yes, I am happy to be the face  of the Delhi government’s mentoring programme.”