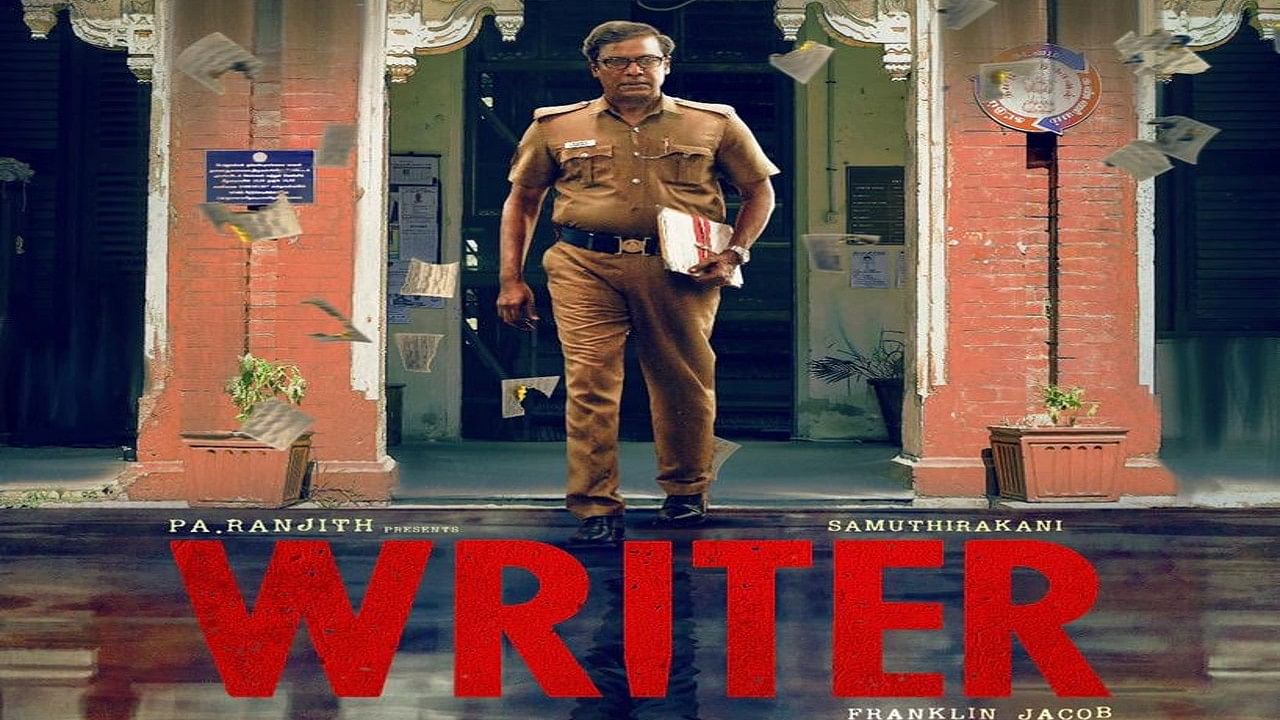 Simply, or not so  simply,  stunning…. Writer is the kind of  rare  film that  will leave you  haunted for days  if not weeks. Police brutality  is  a serious crime in this country. Just when I  thought  no one and nothing could equal the bludgeoning impact  of  Vetrimaran’s Visaranai where  every thwack  of  the  danda on the custodial victims was  like  a personal blow to every member of the audience, along comes debutant director  Franklin  Jacob to tell us that when it comes to police brutality  you can never  say enough.

Writer is that  squirm-inducing  story  of the  innocent boy from the village  held and tortured  for no crime , that Jai Bhim  was  not. Its sledgehammer impact does not depend on melodrama or other excesses  of cinematic expression like  a maudlin overblown background score. In fact music is frugally used and the couple of songs that cropped up left me thoroughly outraged.

They were like ads popping up in the middle of  the climax in Drishyam.

Without making contrived or contorted efforts to do so, Writer conveys a  climactic  tension from the beginning to the devastating  end.The set-up is  a typical ‘choler-khaki’  scenario. Senior havaldar  Thangraj (brilliant,  Samuthirakani) is  on the verge  of  retirement when he  is sent on a punishment  transfer to  a police station where  a young innocent boy  Jayakumar (Hari  Krishnan) is being held  in a  lodge  by  the  police. News leak s out that police suspects are being confined  in  rented rooms.

All hell breaks lose and   there is a heavy price to be   paid for anyone  with  conscience in this monstrously  corrupt system.It is  to  the lead actor  Samuthirakani’s credit that he makes  Thangraj  vulnerable   yet vital  . If he intervenes  in the  wrongful confinement  of a boy who is  clearly clueless about what’s happening to  him.

To his  credit the  director doesn’t crowd  Jayakumar’s horrific  plight with overt sentimentality. Of course we  are allowed  to feel sorry  for him(why would we not!)  but there is  no  attempt  at manipulation our  responses , at least none until the  entire  filth and corruption  of the police department is  pushed on one senior cop , a  bully played well by Kavin Jay Babu who is the Gabbar Singh of this  yell-in-hell yarn.

The  treatment of corruption   in  the  police force and the  sudden  swerve into  assassination at the  end reminded  me  of Govind Nihalani’s Ardh Satya  where  the  cop-hero was mocked and emasculated  by  a seedy  corrupt  politicians.

But what to do when the  enemy is  within you? Writer  crosses the  yellow line cordoning the scene  of crime,to plunge into the darkness that divides  civil conduct from its opposite , not sanctioned by law  but  approved  by the lawmakers  . It is  a  remarkable work filled with shocks  and surprises, but never designed to lure you into its lair of lies and subterfuge  .

My only grouse: why does the  villain-cop  break into  passages of Hindi  ?  Is this to say that he is  the  scummy  migrant in  Chennai  , the  dirty  fish in the clean  pond. If so,then the  film owes  us an apology too.  Injustice  is  not for the  lower-caste  weaklings  like Jaya Kumar. It’s all around us.

Related Topics:Tamil NewsWriter
Up Next

When Lata Mangeshkar Spoke On The People Who Influenced Her Life