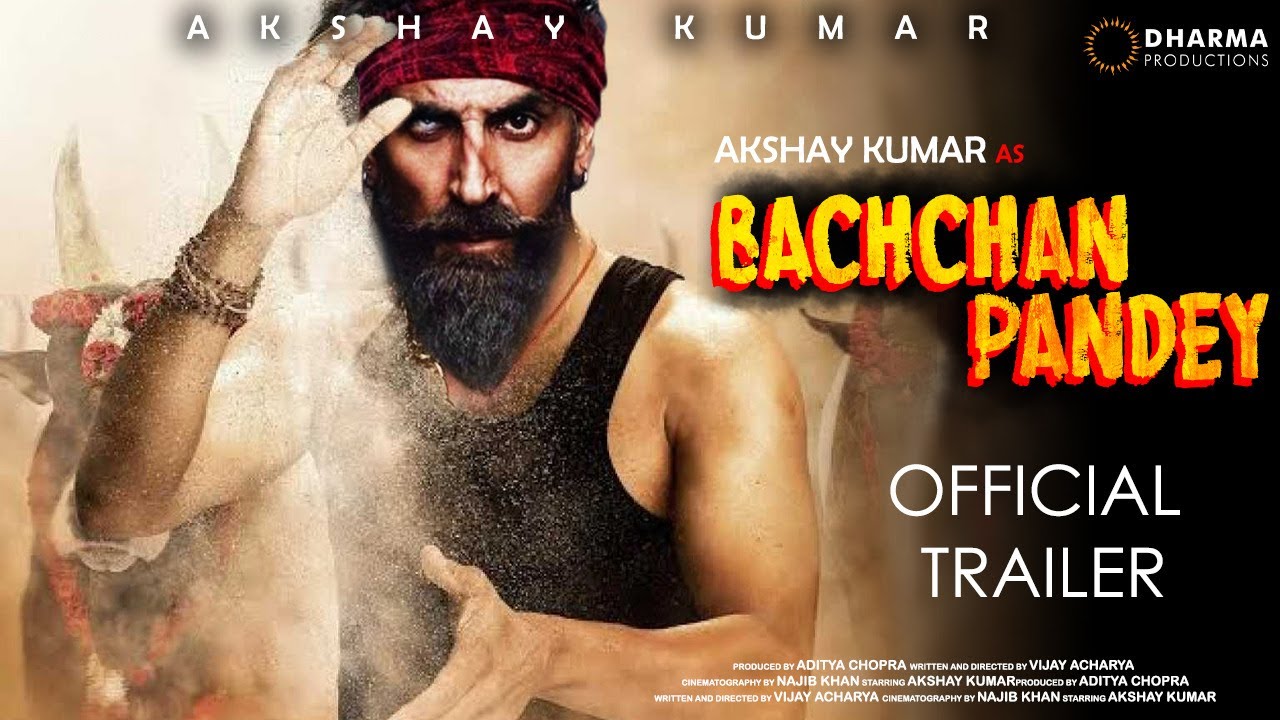 The  trailer  of  the  new Akshay Kumar starrer(his  7th or 8th release  in 3 years) Bahchan Pandey shows  the actor  in a wannabe  Pushpa mode. The “hero” is a one-eyed outlaw  and  very proud of it,  the glass eye and his chosen  profession.

At one  point in the noisy messy  trailer(the colour palate is that of  a child left to smear  colours in a kindergarten classroom) he tells Kriti Sanon(an aspiring filmmaker who  wants to make  a bio-pic  on the glass-eyed Pandey)  and her sidekick Arshad Warsi a  sob story about  how he  became a gangster  because  he  didn’t have  money  to pay his father’s  medical bills.

Before  Sanon can react ‘Bachchan’ Akshay  Kumar bursts  out laughing and admits he  became what he  is  because  he enjoys killing.

This is the  first  time I’ve seen a leading superstar of mainstream cinema  play a character  who ENJOYS  killing. Even Amjad Khan’s Gabbar Singh didn’t say it aloud. His actions spoke louder than words. Bachchan Pandey’s  words speak as  loudly as his action. He is an aberration a subverted horribly  misconstructed  version of  the  noble heroes  that Akshay  played  in  Air Lift,  Padman, Namaste London and Toilet Ek Prem Katha.

He plays  this …this….trashy monster with a glee that suggests, ‘Look you  guys out there.I am bored  of being  good. I want to have  fun playing bad.’

Its  a loathsomely crude part  , the kind that one sees  desperate  actors play in cheap  Mexican  films. Why would a  star of  Akshay  Kumar’s stature play this despicable creature  of the ravines? A  self-indulgence  , perhaps. But this time PM Modi isn’t going to be  pleased.

It is  rather sad to see Warsi reduced  to  a sidekick.

“But they always steal the show, haven’t you seen Circuit in Munnabhai?” Sanon  consoles Warshi as  they  head  to the ravines to make  a  gangster epic.

“Like Satya, Sarkar and  Gangs Of Wasseypur,” Warsi  explains.

Look what Ram  Gopal Varma and Anurag Kashyap have done.

“What it means to be Lata Mangeshkar”