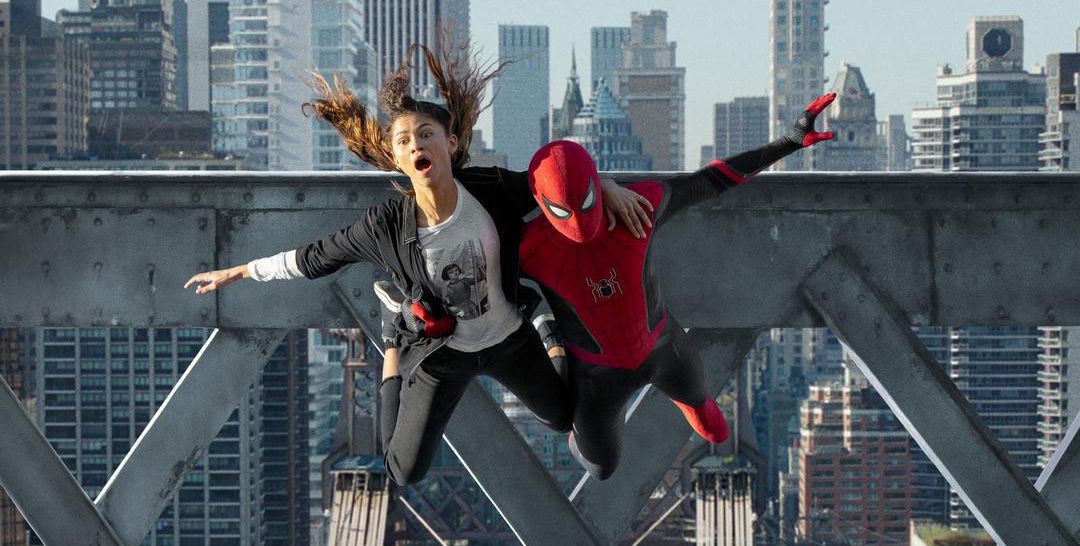 As you sit  enervated  and  zapped into helpless submission as  the screen lights up with a visual spectacle  that Marvel-ites are so  used to(for us the non-converts  it is still an underwhelming  universe populated with swinging superheroes and plummeting  skyscrapers) you often wish someone  would, well, scoobydo the mess.

But  there is no escape. And after a point you  don’t really want to escape because there is  so much effort going  into  building this enthralling edifice  of  stunning spectacle that  you feel guilty for  not sharing the  edifying enthusiasm  of  the  audience around you.

Spiderman: No Way Home  is  a  followup to 2017’s  Spider-Man: Homecoming and 2019’s   Spider-Man: Far From Home. Visually it is even more resplendent than the  other two films. The  sky opens up frequently to the kind  of  devastating  fireworks that  audiences  of Indian cinema are  not used  to.

Repeatedly, as I watched he  FX department create  a world of disarming  apocalypse   I wondered  how  Karan Johar’s Brahmastra hopes to compete with  this.

It’s not about the budget. It’s about the vision, scale  and  canvas.  Spiderman grapples with several villainous forces, played with an admirably straight face  by actors who have seen better days  like  Willem Defoe, Jamie Foxx and Alfred Molina who are clearly in this  for the fun of it, and not for the zeroes on the cheques.

Got  that?  Moving on, Spiderman No Way Home has little in terms  of  plotting perspective.  We understand  that Spiderman and his girlfriend(Zendaya who seems to be having fun clinging for her dear life to sides  of spiralling  buildings)  are  being chased by sundry villains as they make their way  through a maze of slinky action  sequences, each  meant to  mesmerize us with their meticulous  ravishing  meditation  on global wreckage.

The  film has  a breathless almost wheezing pace, allowing itself  no  room for a pause. Restrooms and  the cafeteria  of  theatres screening the  new Spiderman film are  likely to remain deserted. There is too much here to ingest. Even as the plot remains wafer-slim, content is  compensated with  a  visual velocity seldom witnessed  in the earlier Marvel films.

For a film about Spiderman, his girlfriend  Zendaya gets  a  whole lot footage . This is her second  spectacle  in a row  where she accompanies the child-man superhero on his  infantile  odyssey.  While Dune was  largely out of tune, Spiderman No Way Home finds its way  back to  headquarters even after straying into a blizzard  of diversions  and  digressions.

So is this  film worth  the risk? Audiences around me  answered the question. One of them  said to me , ‘If I have  only one last  film to see, it would be this.’