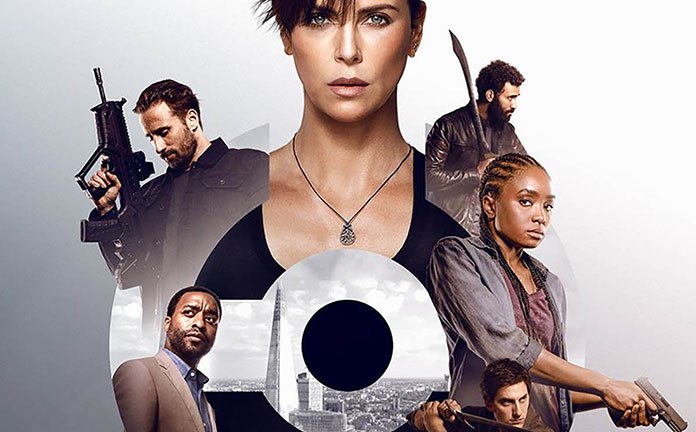 If   you are  a Charlize Theron fan as  I am, you would find it as  easy to accept her as  the disfigured  prostitute  in Monster as  you would  find it to accept her as an immortal warrior  in the Old Guard. This is a  surprisingly charming take on the super-hero theme. Admittedly, much  of  the charm stems from Ms Theron’s ability to transform  into a kickass  warrior with the ferocity  of Spiderman, tenacity  of  Wonder Woman ,vivacity  of  Catwoman and  audacity  of  James Bond.

Gosh, am I overdoing the  encomium? Not if   we go by the success  of this  deftly imagined  skilfully directed comicbook adaptation where Ms Theron  leads a quintet of  committed  imperishable  combatants . This doesn’t mean she  occupies  every frame. On the contrary for a  super-hero  film The Old Guard serves up a surprisingly balanced  streetwise gourmet dish  of  polished  production and raw-energized violence.

Sometimes  a woman’s  uncommon  common-sense instills  an intuitive delectable  sense  of  genre-pampering  to  the proceedings.

Though   the divine Ms  Theron occupies centrestage she has for company a very  attracted  young black actress Kiki Lane for company  as a young woman gradually  learning of her  immortality. And not quite relishing  it.The scenes  between Theron and  Lane crackle with a  nervous energy  suppressed and sublimated  by our preordained  knowledge that these  tough  women  won’t die.

But really, the central attraction of  the plot is  Charlize Theron’s two recruits Joe (Marwan Kenzari) and  Nicky(Luca Marinelli)  who are  gay lovers. Kenzari’s  scoffing  monologue  on  the virtues  of his  ‘boyfriend’ in front of a bunch of  homophobic soldiers has already acquired the status  of a cult  episode. The  monologue’s poetic defiance stand out in a movie that is  no walkover.

Smart sassy and  thoroughly engaging , The  Old Guard is sinfully  skillful in  converting the  super-hero genre  into  trendy currency.The  fight pieces are  choreographed  with …err…deathly concentration.  Or, perhaps , ‘deathly’ is  not the correct description where the average age of each  protagonist  is  5,000 years. I swear Ms Theron looks no older than 2,000.

Related Topics:BollywoodThe Old Guard
Up Next