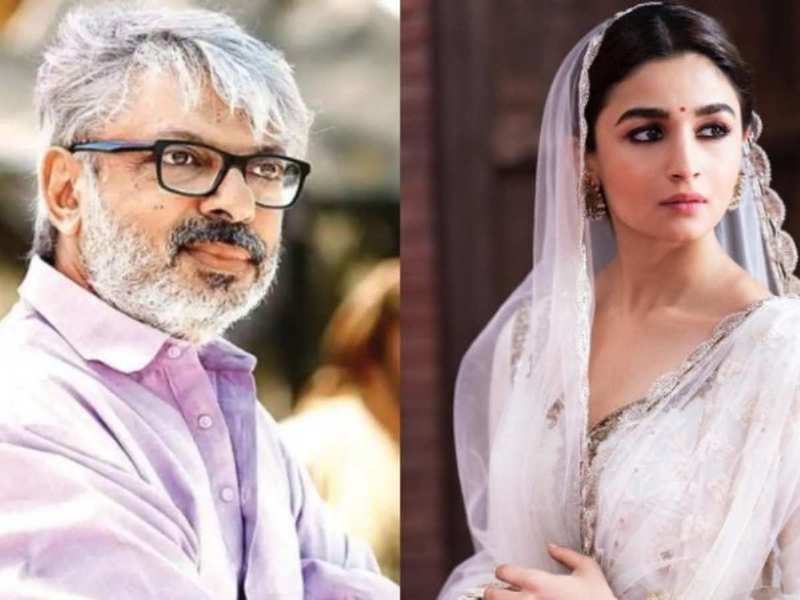 If fate had willed, Alia Bhatt’s first film co-star would have been Aditya Narayan, singer Udit Narayan’s talented son ,who  is now  a multi-tasker . Aditya started his  career as a child actor. He played Salman Khan’s son in Jab Pyar Kissise  Hota Hai.

Aditya was  all  set to  play the lead in a Sanjay Leela Bhansali at the age of 10, with none other than Alia Bhatt as  his co-star.

That’s right! Bhansali was make  a love story about child marriage  entitled  Hamari Jaan Ho Tum. It was based on Rabindrnath Tagore’s short story Samapti which was  also  the  source material  for  Uphaar where  Jaya Bhaduri played the  child bride.

Bhansali had auditioned  scores of  children  for the two leads  and had  zeroed  in  on Aditya and Alia.

“They were magical together. Both  natural-born actors  aged 9 and 10 and raring to go. But we  couldn’t  make the film.  Now it’s too late. I can never find my  perfect leads to play the  child bride  and child  groom,”  says Bhansali.

Incidentally the  title song of Hamari Jaan HoTum composed by  Bhansali showed up in his Saawariya where  Alia’s beau Ranbir Kapoor made his debut.

Hamari Jaan Ho Tum is  not the  only Alia  starrer that Bhansali  had to shelve. Two years ago he was all set to make Inshallah with  Alia and Salman Khan. This project  was unceremoniously dropped due to excessive  interference  from Mr  Khan . Among other things , Salman wanted Sushmita Sen and Daisy Shah to  be part of Inshallah.

Another project that Bhansali dropped  was Bajirao Mastani  with Salman Khan and Kareena  Kapoor Khan. Sanjay Leela Bhansali(SLB) were always destined  to work together . But it  never happened. They came  really close to working together on  several occasions. Right after  the  success  Hum…Dil De Chuke Sanam  ,  SLB decided to make Devdas with Kareena Kapoor as Paro and Madhuri Dixit as  Chandramukhi. Kareena’s costumes were ready. But then overnight  SLB changed  his mind and signed Aishwarya instead.

Kareena felt betrayed  and  humiliated. I’d like to think I played  a hand in the patch-up. At that  point of time I  was  very close  to SLB and Kareena. I called them  both to the airport to receive me. They smiled at one  another. The ice melted. All three of us were soon yapping  together incessantly for the rest  of the evening.

Soon  after  SLB wanted to make to a film on Mahatma Gandhi’s troubled relationship with his son Harilal.

“What  do you think of Kareena as Kasturba?”  SLB asked me one day. I was  all  for  it. That project was  taken over by Anil Kapoor who produced the film with Akshaye Khanna as  Harilal.

After this ,Kareena was  signed to play Mastani opposite Salman’s Bajirao. I  was  there  at  the photo-shoot and Kareena looked  stunning with Salman. This project was ruined by Salman when he quickly got   in touch with Priyadarshan and offered himself and Kareena  as a pair  of  Priyan’s Kyun Ki… To this day we don’t know why Salman ruined the exclusivity  of  the Bajirao Mastani pair.

After this SLB wanted  to work with Kareena in  Black. But Mr Bachchan  vetoed the idea.

Then came  Ram Leela  which  SLB wanted  to do with Ranveer and  Kareena. But he wanted Kareena to give him a  very  large  number  of dates which she was not ready to commit to.

“During the time Sanjay wants  I can do three films,” she reasoned with me. Deepika Padukone stepped  in and  Ranveer fell in love with her. Just think . If Kareena  had not opted out  of  Ram Leela Ranveer would not  have fallen in love with Deepika.

This is  one love story that owes a debt to Kareena and her  infinite fiascoes with SLB.

Jhund Gets It Right, Eventually