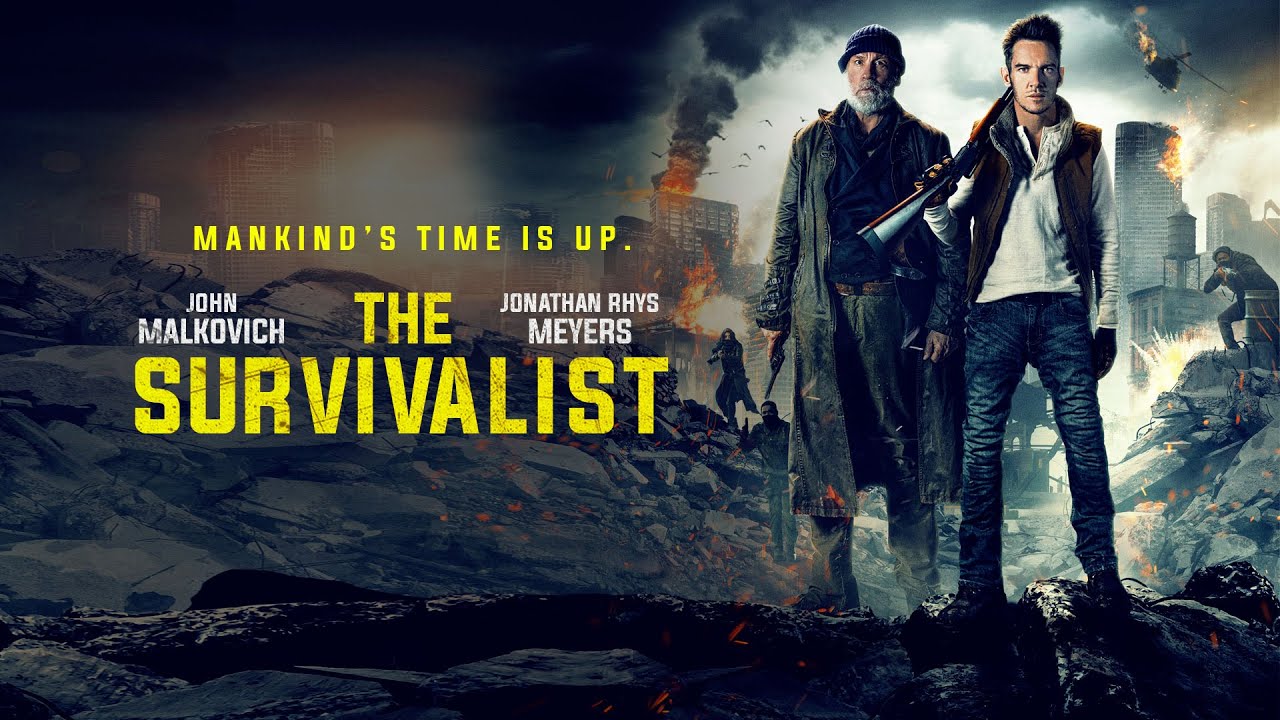 The Survivalist (Video On Demand)

Director
Jon Keeyes
Writers
Matthew Rogers
Cast
Jonathan Rhys Meyers,John Malkovich,Ruby Modine
The Survivalist: Plot
A year and a half after the fall of civilization from a virus outbreak, a former FBI agent is forced to protect a young woman, who is immune to the disease, from a dangerous gang hunting her led by a psychopath who believes he’s going to use her to save the world.

The Survivalist: When we  first meet  the film’s female  protagonist  Sarah(Ruby Modine) she is  on the run from a ragged  bunch of outlaws after a pandemic has wiped out nearly the  entire world population.It’s a bleak brutal  world  out there. And  director Jon Keeyes is not  in the least interested in  prettifying it.

And that’s the beauty—conditional as  it may be—of this minimal lean and flab-free survivalist drama  with some of America’s finest actors pitching in  to have what looks like  a good time during very bad times by  play-acting a kind of catch-me-if-you-can game  with the  villains.

It would have looked enormously videogame-ish were  it not for the actors who  build a bulk of restrained realism during  times of intense strain and  loss.

Most  of  the film is  shot on a farm owned by  a loner(actually, with most of civilization  gone,he doen’t have  much of a choice)  named  Ben.It’s good to see one of  American cinema’s  most  neglected actors  Jonathan Rhys Meyers  play the loner guarding his father’s land with a ferocity that replicates Leonard di Capio’s  fight for survival in The Ravenant.

The well-written  plot has an excellent  first-half when  Sarah, battered and  wounded, hurls herself   into Ben’s farm seeking asylum from the  marauders  led by a  sufficiently  sinister and creepy John  Malkovich who says  creepy things  like, “You have to hand over  the girl to me , she’s  my destiny”  with a gritty selfconfidence  verging on narcissism. This  is a man used to being treated as  a god during a time of  near-annihilation.

The  savage  subversion of  the messiah into  a monster is  engrossing.And  Ben’s determination to save Sarah  from the  plunderers  is played out as cat-and-mouse  game with claws and   spikes. There is  enough vital drama here to keep us invested for more than a 90- minutes except the  last  20 minutes when mayhem becomes,  not a necessity, but an affectation.

I thought this  was  going to be  The Beat That My Heart Skipped. Instead it turns  into Straw Dogs .Which is  not such a bad thing.