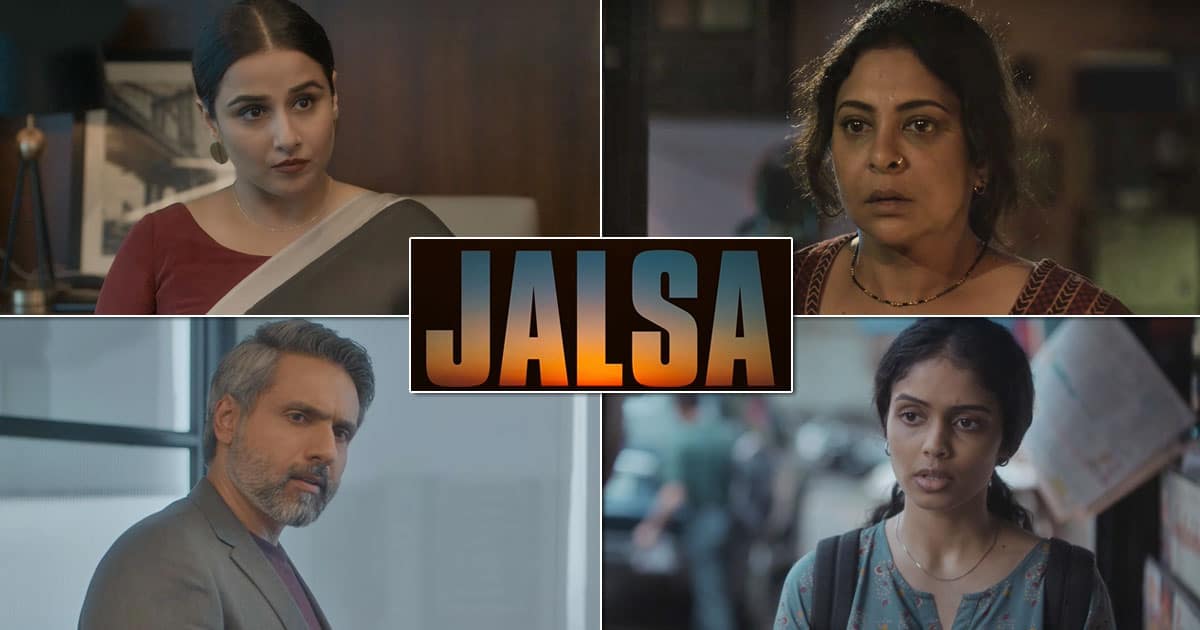 The powerful   trailer of Amazon Prime Video’s Jalsa introduces us to the two lead characters  Maya (Vidya Balan) and Rukshana (Shefali Shah), a world with chaos around them, secrets and lies, truths and deceit and a life-altering incident that ruffles the world around them. What follows is a duel of redemption and retribution.

Backed with a riveting narrative,  Jalsa thrives on stupendous performances and engaging storytelling that promise to leave you awed and spellbound.

Comments  director Suresh Triveni, “ Jalsa is a drama peppered with the right amount of thrill. The film attempts to deliver a compelling story of secrets, truths, ironies laced with powerful, emotionally complex performances by Vidya and Shefali and the rest of the ensemble. My attempt is to make a film that is engaging and connects with a wider audience. I am thankful to my producers, T-Series and Vikram Malhotra from Abundantia who believed in my vision as well as Prime Video for enabling us to take Jalsa to a global audience and I hope the film manages to connect with them.”

Vidya Balan says, “With every film I do, my attempt is to tell a new story and be a different person from the characters I’ve played so far, and Jalsa ticked those boxes.Jalsa gave me the opportunity to delve into the gray and it’s been a very challenging, enriching, and fulfilling experience for me as an actor. Also teaming up with Suresh again on a film that is poles apart from our previous project – Tumhari Sulu, was so exciting. This is the third time that I’ve worked with Abundantia Entertainment and with Amazon Prime Video and I have to say the experience has been exceptional, as it was with the first two films. Needless to say, I cannot wait for people to watch  Jalsa on Amazon Prime Video when it drops on the 18 March. And working with a bunch of wonderful actors, particularly Shefali Shah has been a highlight for me.”

Shefali Shah  sounds  just as  charged as  Vidya . “There are certain stories, you can’t not be a part of,  Jalsa was one such experience for me.Unlike my recent portrayals, my role as Rukshana in  Jalsa is a complete contrast. However, the vulnerabilities and dilemmas that of a mother are like any other and living through them has been really fulfilling as an artist. It feels great to know that our hard work shall reach such a huge number of viewers at once and I am sure  Jalsa will resonate with them.”

Rishi Kapoor’s Last Film, With Paresh Completing The Character, To Stream On Amazing From March 31