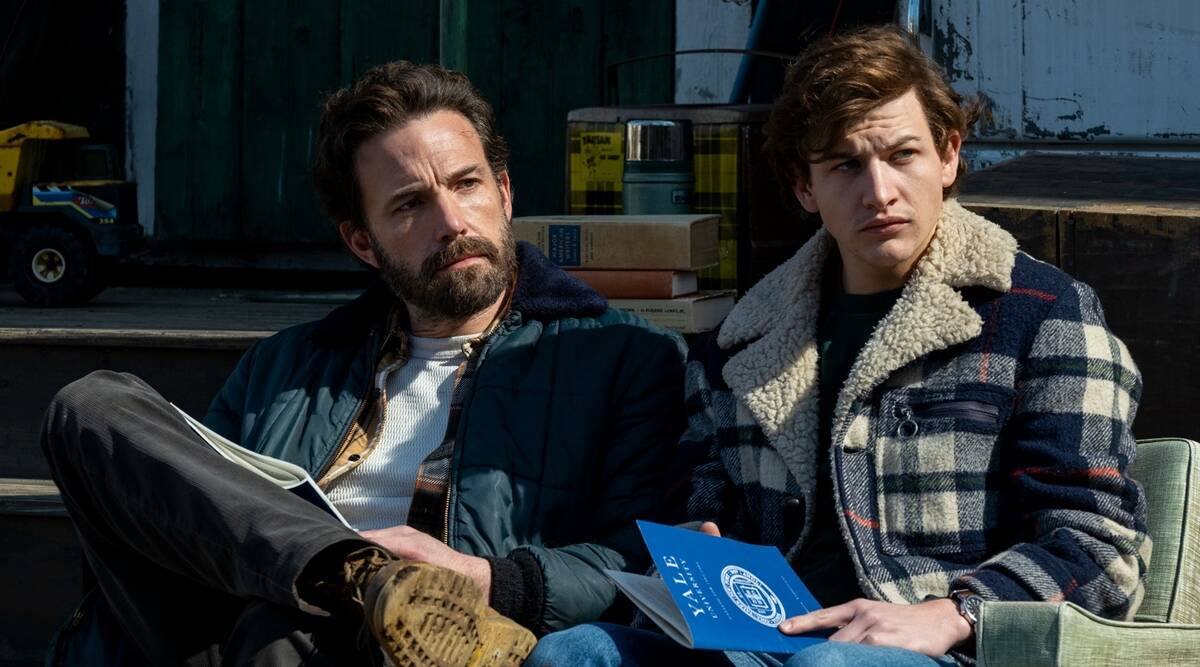 No  middlepath for this  one. You either hate the  film’s  unapologetic sentimentality   or  love it  for  the same  reason.I will  go with   love.

Superstar  George  Clooney’s eight directorial is his tenderest gentlest ode to a lost  childhdhood. Based  on  the memoirs  of  journalist-author  J. R. Moehringer,it winds its way  with beautiful  fluency  through  young JR’s tumultuous  childhood. His spouseless mother, played  brilliantly by Lily Rabe  dreams of sending  JR to Yale.

When the  dream fructifies JR is  a teenager played by the  very talented  Tye Sheridan. But  it’s the little  boy Daniel Ranieri who  plays  the  childhood HR, who  gets our  undivided  attention in spite  of a seasoned  supporting case. Ranieri is solemn and  wise at such a  tender age. He  effortlessly wins  over  the friends of  Uncle  Charlie who  pamper and mollycoddle little JR.

And really, it  is so  easy to see  why. Oh, haven’t I told you about Uncle Charlie? Sorry  sorry. So many family members swamp little  JR’s  life. When he  leaves  for  college and has a catastrophic relationship with  the  pompous Sidney(Briana Middleton)   I felt  my interest- level slipping a bit, but just a  bit. It could be because Sidney treats  JR  like trash.

There  is  cringeworthy dinner  scene with her parents  where Sindey’s  snobbish  mother insults  JR so openly it is shocking. Throughout that  sequence I wondered  how  JR’s Uncle Charlie  or his  mom would have reacted  had  they been around to witness the apple of their eye  being shredded.

The  performances  are worldclass, top  of  the  pops, chartbusters. Ben Affleck and Lily Rabe are in top form. So is  Christopher Lloyd, looking like  a wizened Arjun Rampal, as  JR’s grumpy grandpa who rises  to  the  occasion magnificently when the  need arises. Some of the family sequences are guaranteed to bring a  lump  to the throat.

Stay put to watch the visuals of little HR enjoying a day  at the beach with Uncle Charlie  and his friends.Such warmth,such glorious  joy  to behold  the love that  flows  on screen.

And  so  what  if JR’s scummy father  is missing? There are advantages to being  the child of a wife deserter.Everyone tries to compensate  with  extra love. No wonder this film overflows  with it.