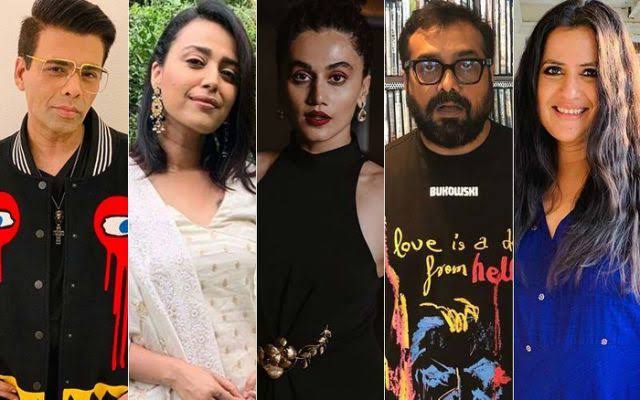 ….Or,  I trolled  you so! The five who were most brutally  trolled  in the year that the  world went viral  in more ways  than  one.

1.     Karan  Johar:  Easily the most  trolled Indian of 2020  in the whole universe, Karan  made the  cardinal mistake  of posting what he  thought was  a sweet sentimental message  on Sushant’s death.  It triggered  off a backlash more venomous  and  voluminous than the Corvid virus. For a  while  some  of Karan’s close friends feared  he might cave in. But he  survived. He may even write a book  about the experience of being  the most trolled human being on earth.For a  while at  least.  No,  the  book is  not called  Karan Zehar.

2.     Swara Bhaskar: From rape threats to being questioned about her  loyalty to the country, Swara  has learnt to expertly menoeuvre her way through the muck. In  2021 Swara stood her ground, refused to be daunted  by  the trolls.  Says Swara, “Social media should have been a platform that helped us connect across geographical and time and space borders. It was and in some ways is a beautiful possibility. However we have as a society and I mean across the world used it to sink to our lowest selves and indulge our basest instinct- anonymous bullying and harassment. I’ve always believed that there is only one way to deal with bullies- call them out! That’s how I handle social media toxicity.”

3.     Taapsee Pannu:  Another woman  of substance who won’t be cowed down, Taapsee remains incredibly  restrained  and  devilishly smart in her subtle sarcasm, while negotiating  trolls. She tells me her secret recipe for surviving the savagery of  trolling: “Most  of the time I don’tallow myself to  get provoked.The alarming thing is, there’s so much of the toxicity one just  gets used to it and immune to. I don’t know whom  it’s more unfortunate for  that I’ve gotten so  used to the toxicity that  it doesn’t affect me  any more.”

4.     Anurag Kashyap:  He  fearlessly  propagated  his anti-govermment  views on Twitter. Many say he has been punished  for it. I don’t see Kashyap being  crushed by  the  brutal attempts to silence him. He is  stubbornly  outsppoken and somewhere I think enjoys riling  people  and  their political leanings.

5.     Sona Mahapatra:  This is one feisty lady  .She has turned Twitter into her own territory of truthfulness,  the petrolling and the trolling be damned.  Especially when  it comes  to her strong unbiased opinion on  sexual harassment and  the MeToo  offenders Ms Mahapatra isn’t to be  messed around with.