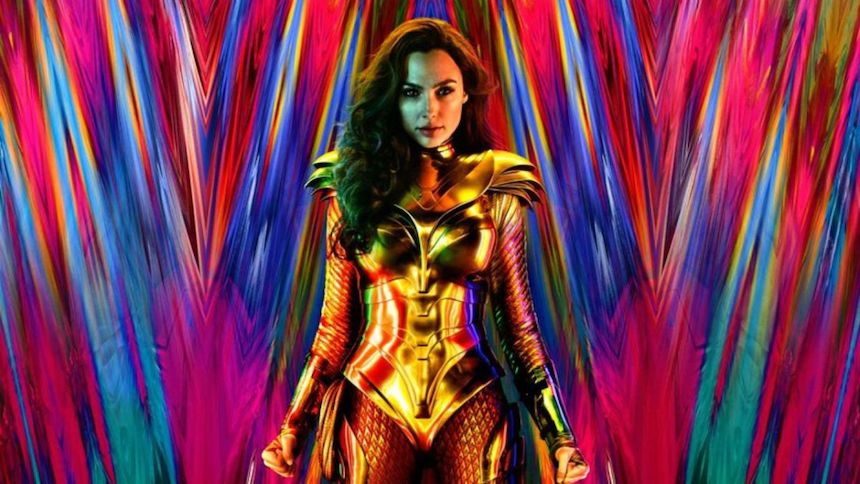 Rejoice, all you Gal Gadot  fans. The  long-awaited sequel to Wonder Woman is  finally here. The delays and  lockdown  have whetted our appetites  but don’t do   much  to  assuage  the  feeling of fatigue and  tedium that creep over us as we sit  through 160 minutes  of self-congratulatory heroics.

The film opens with a carefully  choreographed  action scene  in  a mall.  Did  they even have malls in 1984?  Not  in  this part of the world.  The fight is curiously reined-in, as  if the  director was deliberately saving up the best for the last. That moment when we  feel a  rush of pure adrenaline  race  through our veins is  missing in the  course  of  energetic but  uninspired action scenes that follow.

The writing(Patty Jenkins,Geoff Johns,Dave Callaham)  is   surprisingly poor. The  narrative has no surprises.And why does every  super-villain have to own  and destroy  the world? Can’t they be a  little  less ambitious? This brings me  to Chilean-American  actor  Pedro Pascal whose  super-villain act is filled with unintentional humour.Pascal brings in a   lot  of  Jim Carrry into his  teeth-grinding villainy. It makes him look  more like  a loser than  crimelord.

Gadot and the new super-villain have  little  time to clash as  the  unwieldy plot crashes and burns  through  Washington  and  the Oil Gulf  where  Gadot has her biggest action sequence in a road chase that leaves us feeling  unfulfilled,  like a  joke without  a punchline or  sexual intercourse  without the  orgasm.

The pale  storytelling never perks up to acquire  a   flamboyant  hue. More than Gadot and the villain, this is a  film about two contrasting women at  the workplace, one smart and cynosure  of  all eyes, the other a bit of a fly on the wall. Whenever the  two ladies  played by  Gadot and  Kristen Wiig  come together we sense of  hovering dramatic tension that never  quite makes it out into the open.

Wonder Woman 1984 is more about promises than keeping them. After  Wonder Woman in  2017 we  held  our collective breaths  for  the  follow-up.As far as  sequels  go,this  one is an underwhelming  experience. While saving the world, Gal Gadot’s Wonder Woman also finds the time to get back together  with her old(and by old I mean circa 1917 ) flame Steve , now inhabiting another body but inexplicably  visible  to  Diana  as  Chris Pine who  played the role earlier.

Maybe the 1984 era  pre-empted the  joys of photo-shopping?Or maybe Pine and Gadot made too irresistible a couple to  leave behind.

There is a lingering feeling  of nostalgia  about this sequel that does not allow it to be  an independent  stand-alone  film.  The legendary Hans Zimmer’s background score is  all about simulating a sense  of  self-designed  epic-ness in the  proceedings while the cinematography by  Mathew Jensen who also shot the  first Wonder Woman  film is functional rather than fabulous.

The same  goes for the  film. Both  Gadot and Pine  look bored  and  bovine together and apart. While Pedro Pascal  makes enough faces to compensate  for the lack of animation in  the lead pair. The  ‘supine’-villain has a  little  son named Alistair who looks Hawaiian/Malaysian. The mixed marriage must have been more interesting than what transpires  here.

Oh yes, our own Ravi Patel seen having a  ball  with Swara Bhaskar in Bhaag Beanie Bhaag,is seen with Gal Gadot for exactly 3  minutes. Having no ball or balls.

I hope Ali Zafar has better luck with Ms Gadot  in Death On  The Nile. For now it’s death by the green-screen  for  Gadot.

Related Topics:Wonder woman 1984 review
Up Next