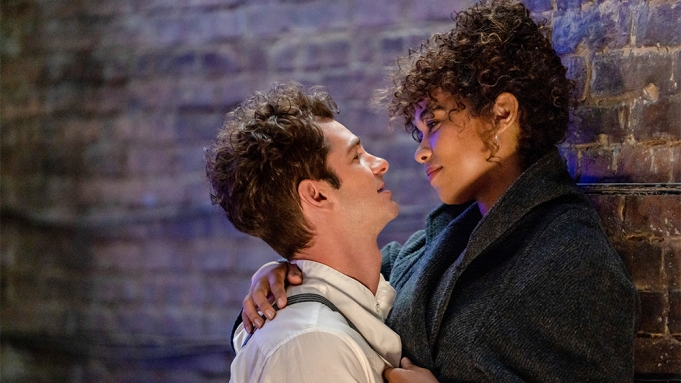 If you are into Vir Das, then you would probably enjoy  the sassy  stand-up acts of this  film telescoping years  of turmoil  in the early 1990s when young aspirations were  repeatedly  nipped  in the bud by AIDS.

How much more reassuring  that era of viral  setbacks and   random mortality seems   as  compared to the one that grips civilization now. Then  at least we  fooled  ourselves  into believing that one got sick only if one did ‘it’ with another man.

Tick Tick…Boom captures  the innocence of the AIDS era  beautifully.  Its  hero is the real-life standup comic Jonathan  Larson whom I knew  nothing  about  until I saw this film. By getting ‘Spiderman’ Andrew Garfield  to play the  arresting  Larson,the film does disservice as  well as a favour to  the iconic  stage  performer.

Favour,  because  audiences immediately warm  up to Garfield as Larson , since Garfield is a personable  easily identifiable actor.  It also does disservice  to the  real-life character  for the same reason. I spent two hours watching Garfield bringing his own impish charm to the  character.

If we are to believe Garfield  then  Larson was  boyish charming and selfcentred  to  the point  of  not noticing his girlfriend and bestfriend’s deep sense  of isolation and unhappiness  from Larson as he ploughs along relentlessly towards  the goal of achieving his dreams. The ensuing loss of personal relationships   is conveyed  in  the  deeply tragic  performances   of  Alexandra  Shipp and Robin de Jesus as  Girlfriend and Bestfriend,respectively, Jesus,specially, is splendidly  tragic when the bestfriend contracts AIDS.

Through all these  personal  losses,  Garfield’s Larson remains stoically  unmoved.  I  get the  whole thing about an artiste’s selfcentredness. But there is  more  here at  play. Garfield is just not  able  to  express  the self-disappointments of an artiste  so  caught up with his  dreams that he  can’t bring himself to care  for those who love him.

I think this  is an actor’s   failure that needed to be mended  in this charming but damaged  drama  of  annulled dreams. Nonetheless the film  has  a lot going for itself. It is   a  musical, and the songs are  thoughtful and  easy on  the ears, specially, ‘Louder Than Words’ and  ‘Come To Your Senses.’

Larson’s short  but brilliant  lifescape  is edited to  convey both immediacy and nostalgia, sometimes simultaneously.We see Garfield’s Larson on  stage talking about his life even as ‘life’ does its own dance  elsewhere.

Tick Tick…Boom is  a sunny sparkling musical. But it rise-to-fame tropes are all too familiar. From the initial frustrations, to the failed auditions, to the sudden recognition, we  know how all of this will finally play itself out even if we have to  pretend to  ourselves that this is no ordinary rags-to-riches biopic. Which in many ways,it is  not.