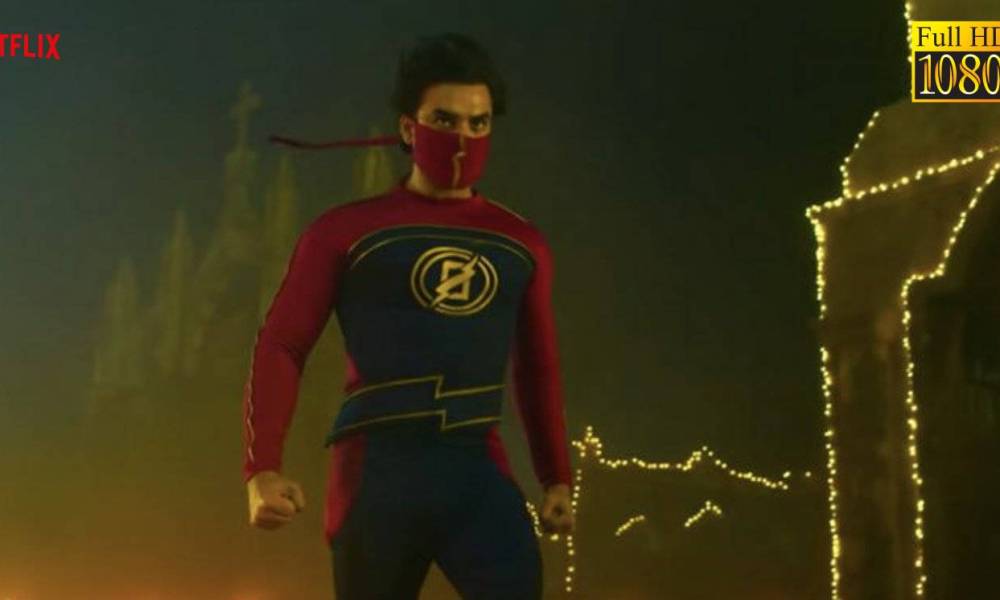 A  bridegroom in Kerala  turned  up  at his wedding dressed  up as the super-hero Minnal Murali, the Malayalam global  blockbuster  on Netflix.

The  photo has  gone viral  with netizens  asking Tovino to react.

Says Tovino, “That’s very sweet. It feels  wonderful to know that  our movie has become a part  of the  popular culture in  Kerala,my home state.Yeah, it feels great”

When I remind Tovino that the film has garnered  a cult following, India’s newest superstar  corrects me, “It actually began much before  Minnal Murali started  streaming. Our teaser  trailer released in August 2020. The film  started streaming  in December 2021. From the time the teaser released, people got very interested. They  put out all  sorts of  art and memes. There was  a huge  curiosity  for the film.. They was  a lot of conversation on  the film before it was released. So I’d say Minnal Murali  was already a part of popular  culture before  it started streaming.”

Tovino admits this is  a new experience for him. “It’s  very interesting.This   kind  of attention and adulation has not  happened  to any of my  earlier  films. It’s all very  new to me. I’d like to wish the  bride and  the  groom a very happy and prosperous  married life.”

Considering the unprecedented popularity  of  Miral Minnale would the sequel  happen sooner  rather than  later?

“We  are  working on it. No , my director Basil Joseph and I  are  not daunted  by the  task of  doing a film to match the  first  part. If we  think like that we’d never be  able to make  an interesting film. Minnal Murali  was done  in  the  spirit of  fun and adventure. The  sequel  too will be  done  in the same  spirit. No stress,” reveals  Tovino.

Tovino  says there is  a  lot  of  exchange of  ideas on  the subject between  him and  director  Basil Joseph. “The advantage  of  Basil being  my best friend is that I can speak my mind  without the  fear of  being accused of  interference. Basil listens to my suggestions, considers them and  then rejects  or  incorporates them.”

Will Minnal Murali  fly this time?

“Definitely not,”  says Tovino.  “If Minnal Murali were  to fly he would  become a replica of  any Marvel or DC  super-hero.”

“I wish I could approach the happiest  moment of my life with more positivity,” Aditya Narayan On Parenthood During The Pandemic