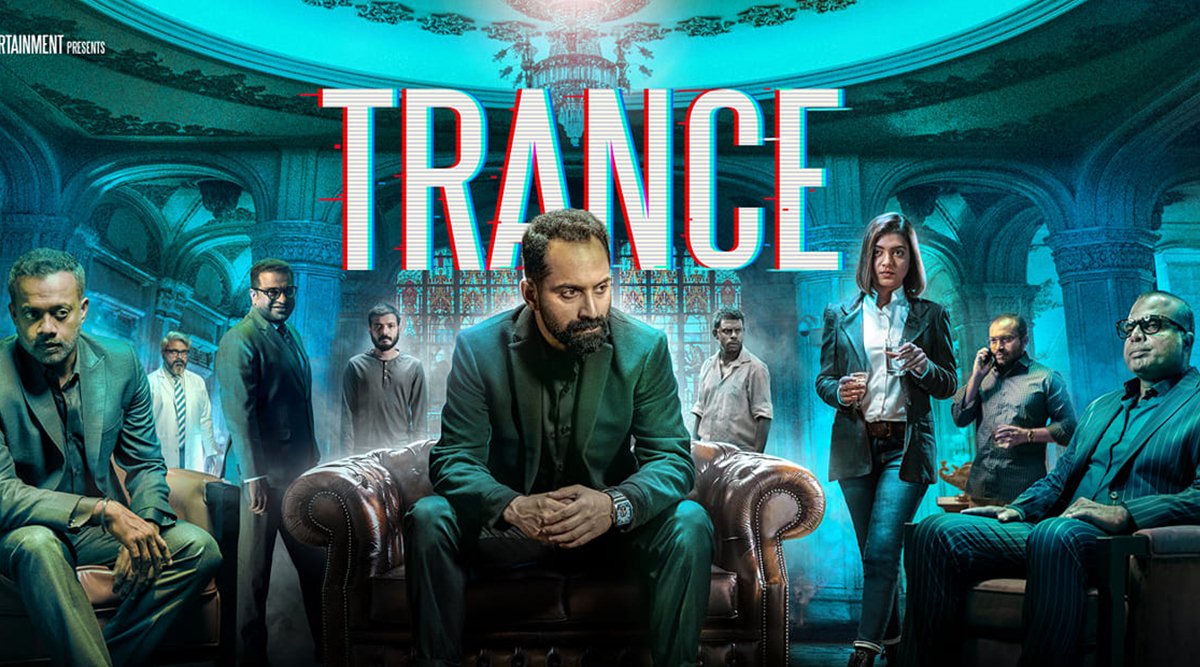 Given  the current bleakness all around  us, we have every reason to  abhor this film on the most  evil practice  of organized  religion  that God NEVER invented.

Trance  , the latest Malayalam film to  prove Kerala’s supremacy in powerful  ceiling-shattering  content and  performances,  is  a  pioneering  achievement, tearing as  it does into the innards  of fake religiosity  where billions of bucks are generated  by exploiting the weak and the vulnerable and where  faith is forever flogged to death.

With a towering performance by Fahaad Faasil in  the  lead, Trance sweeps us  into a world of depraved exploitation . Parts of the  plot are purely pulp. But then what is wrong with pulp when it suits  the narrative’s purposes so well?

The  lengthy  film of almost 3 hours, begins like  a desi Rain Man with  Fawad’s petty  motivational-speaker  character Viju Prasad  looking after  his psychologically disturbed suicidal brother(Sreenath Bhasi). It then veers  viciously into  a  brown-man’s  version  of Jane Campion’s  Holy Smoke where   Viju is trapped into  doing  a staged  (fake) holy miracles  .

The  exploitation of  religious sentiments  earlier done  half-heartedly in Hindi films like  OMG and  PK is  stripped  of all veneer  of  politeness.What we see  is a group of  avaricious power brokers setting up  con-props for a world hungering for change.The villainous caucus(played by Tamil filmmaker Gautham Menon,  Dileesh Pothan, Chemban Vinod  Jose)  lack finesse  in  chracterization and  portrayal. They  could be  a trio of  villains in  any  film  about crime and punishment.

It  doesn’t take  long for us to realize  that the campy villains  are seen to be  part  of the  larger drama  of grotesquerie that  the sprawling  plot  systematically  dismantles.  Standing at the centre  of   the  diabolic  debris is Fahaad Faasil.Magnificently askew and offbeam  ,he sweeps all the jerkiness  in the narration under the carpet  making us look not at the  faults(albeit glaring) but the larger  picture  of  merchandised religiosity.

Nazriya Nazeem provides  some romantic  succour to the  battered hero very late in the  film.She  comes in  at a time when Viju  now transformed to Pastor Joshua Carlton is  plunging  into the abyss.The  last half an hour  where  the parody pastor must perform a  holy miracle to wake  up  a dead child, reminded  me of Dev Anand  at the end  of Guide.

Some miracles are  just not destined to happen. Trance is not one  of them.