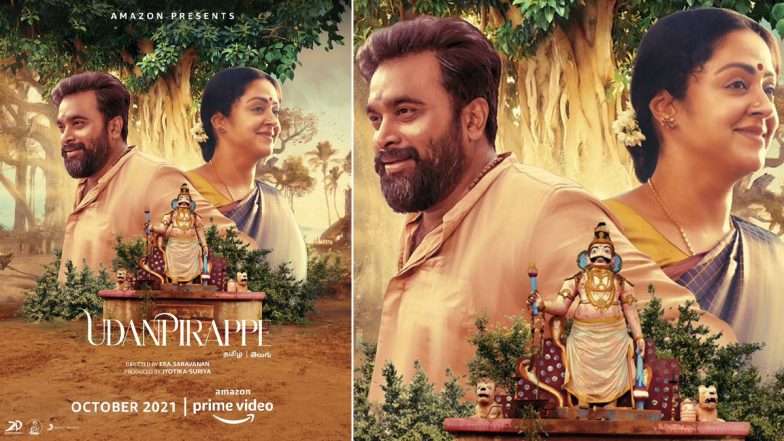 This is a potentially explosive  saga of rural family bonding imagined on  a panoramic scale with  drama, spectacle  and  bloodshed , a la Thevar Magan.Alas, wishes in this case  are  not  horses. They  are  not even mules.What could have been a  nerve wracking drama is  reduced  drastically in scope by  some clumsy scripting and amateurish direction.

Being her home  production I expected Jyothika to carry  the narrative burden on her able shoulders. Alas she  is scarcely able to  make her presence felt in a screenplay that drags  down her  histrionics to  a whimper rather than soar to the expectant roar. Strangely she  goes missing  midway for a good  30  minutes as her screen brother  M Sasikumar takes  over what seems  like  a losing battle of sibling bonding.

For the record, the  film is a story of  siblings Maathangi(Jyothika) and Vairavan(M Sasikumar) who separated at birth….no , sorry , wrong  formula. This separation happens  in their adulthood  with  Maathangi   trying her utmost to bring her ceaselessly sulking  sibling and  glowering husband(Samuthirakani, the  only actor who tries to make  palatable sense  of  the  ‘feud’ on  the cinematic table) together  through matrimony…no, not  her brother and husband’s matrimony That would be way too revolutionary  for a script that  wallows  in  the status quo.

Maathangi’s plan is to marry her daughter to  her brother’s son. Cousin marriage  , though fairly common in  some  areas  of the South, is taboo in the  North. Hence  the  film’s convulsive energy loses its massy propulsion  on  the script level.

Unforgivably the film features  lowbrow production  values.And  the  supporting cast is played by  actors gravely  lacking in any screen  presence.They thought Jyotika was  enough. Little did they know. Even for  diehard fans of Jyothika  this rumbustious  rural rabble-rouser may  prove a slog.