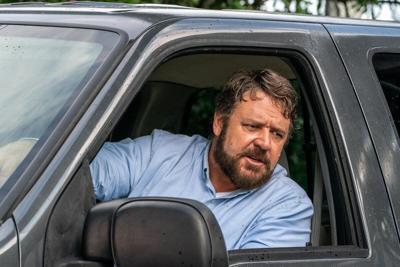 If  harried working-mother  Rachel Flynn, played by  the  charming  Caren  Pistorius, had apologized  to  Tom Cooper after a  scuffle  in the traffic  would he have spared  her the  traumatic attack? And  if  she had been spared  the attack  would we have been spared  the  ordeal of watching  a road-rage  actioner which makes  us  long for lockdowns and vehicle-freed  roadways where  bicycles   replace motorcars and there would be  no  reason for commuters  to  honk their horns  and blow their tops.

This is  as extreme a road-rage  drama as it can get with the  raging  commuter, with  serious communication  issues,  going at his  victim’s family with hammers  tongs and  guns. So relentless  is  the violence, with every weapon from  a gun to a dessert fork  being used  extensively,  that I  was  left wondering if the  film ‘s only raison d’etre is  to  thrust violent encounters  one on top of another  until we are no longer sure who is the  victim.

Admittedly some portions of  the cat-and-mouse chase, for  example the one where Cooper  accosts Rachel’s lawyer in an eatery pretending to  be her friend , are as close to heartsopping as a pulp thriller  can get. But most of  the time we get  the  feeling  Crowe’s  fiendish  character is running out of time  at our expense.

The  car  chases  at rush-hour are  as  interesting as they are  expected  to  be with the  emphasis  on  tailing bumpers rather than screeching tyres. But there is  something fundamentally  erroneous  with the plot’s moral equilibrium when  the  aggressor keeps out-witting  the  victim  to the  extent that he  infiltrates  her home and  kills her kin.She finally fells him with  a knife plunged into his eye. Road rage gets its comeuppance.

And  all this time, what are the cops  doing? Why do the  wailing sirens take  so  long to reach and apprehend  the lunatic?  Russel Crowe as  a  road rager with serious anger management issues is slimy  and psychotic.It’s a long away from home for  the actor who  played  Noah in Noah’s Ark .I wouldn’t want  to run into him  on the road,or off it.Nor would I want to  sit through a  film on his  hyper-ventilating antics ever again.