Urvashi Rautela: “Virginity Can Be A Big Problem After A Certain Age” 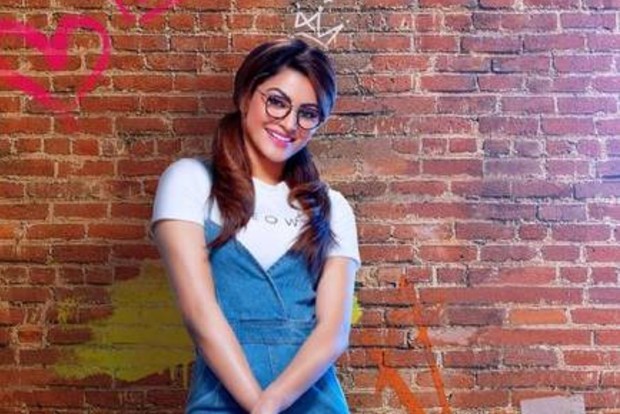 Urvashi  Rautela, last seen frolicking  as a seductive ghost  in Anees Bazmi’s , ha ha, comedy Pagalpanti now shoulders the  responsibility  of playing the hero in Virgin Bhanupriya which  releases  on the digital  domain on  16 July.

In  this eyebrow-raising film Urvashi  plays a 30-year woman determined to lose her virginity.

Ms Rautela insists  Virgin Bhanupriya is a  family film. “Actually it is her friend  who  urging her  on  to  lose her virginity, to go  find  a man in her life.  After a  certain age there is a lot of pressure to  find a  man. I related  to Bhanupriya on many levels—her  straightforwardness, her simplicity , her love for her parents…But I didn’t  quite connect with her method of finding a  partner  for herself. That whole  experience  was a  bit…strange to me!”

She is proud to be in a film that evokes laughter   from the  issue of virginity. “I  just came to know that Virgin Bhanupriya is  the  first comedy  on the  OTT platform with  a female hero in  the lead. We’ve seen  so many films where the  male hero addresses  sexual themes, like we had Ayushmann Khurrana tackling sperm donation  in Vicky Donor  and homosexuality  in   Shubh Mangal Savdhan.Akshay Kumar Sir did a  film on the menstrual  cycle Padman. Virginity has been stigmatized  by  our society  for  the  longest time. If  you are a virgin after a  certain age there will be  people around  you  bullying, mocking, pitying you. Bhanupriya faces  all  of that. ‘Tera kuch nahin hoga,tu hamesha  virgin hi rahegi’. Such comments kill your selfesteem. If rebuked  in this way a  girl begins  to believe there’s something wrong with her.She wants  to be like other  girls. I would call her a  victim of peer  pressure.”

Urvashi insists her film is  for  the entire  family. “There is nothing vulgar crass. Yes, we are handling a sensitive subject. Vicky Donor  was  about sperm  donation. But it wasn’t vulgar. The same goes for our  film.”

About promoting   the film from home Urvashi is  not the least  dispirited.  “It’s quite  a novel experience. I never thought I’d be promoting one of my films virtually.And you know what? I’m  quite enjoying the experience! I  now realize how  much  of  time, energy and  money is  wasted running  here and there  from city to city…I still feel the quality  of video communication can improve. Having said that it  is such a  relief to  not have to dress up and  go out there  to market  film…The whole process of getting ready for each  event would take  more than two hours. So that’s  so much of  time saved.All that  expenditure on going to parties,  maintaining  airport looks has now been eliminated and now  here I am  promoting the film  from home!”

Urvashi has been apparently paid  Rs 7  crores for  Virgin Bhanupriya.She dodges  the  remuneration issue saying, “I wouldn’t like  to  discuss my pay. I am just happy to be in a  female-centric film. Every  heroine wants  to  play the central  role. Producers  put a responsibility on my shoulders.And that does make  me anxious, but in a  good way.”

Any regrets about her film  coming on the OTT platform? “None at  all. It is the  need of the hour. A  good film  will be appreciated  on any platform.My film will be  shown in 200 countries  simultaneously. After the trailer I got messages from Turkey and Portugal.”

Future plans? “This lockdown has taught  us all to slow down, to  re-assess  our lives and  to value what is worth value.Also, not  to plan too far ahead.We are  going through a terrible crisis. Maharashtra  has nearly  50 percent  of  the total Corona cases in India. 2020 is  about health, not wealth. Kisi terah se jaan bachao aur 2021 mein  pahunch  jao. That’s  what really matters  right now.”