Once upon a time Deepika Chikhalia inscribed her name into history by playing Sita Maiyya in  Ramanand Sagar’s long-running serial Ramayan. Now  another Deepika,  Padukone, may step into the same  role  in the  film entitled  Sita The Incarnation , to be directed  by Alaukik Desai. It will look at the Ramayan from Sita Maiyya’s  point of view.

If sources are to be believed Deepika Padukone is  the  team’s first choice to play Sita. Interestingly Deepika is  also up  for the role of Sita  in a massive feature  film to be directed by Nitish Tiwari.

It remains  to be seen which  of  the two projects  Deepika finally chooses.  But  after a period of voluntary hiatus she seems  to be  busier than ever. After playing Romi Dev in the Kapil Dev bio-pic ’83 with her  husband  Ranveer Singh, Deepika will be seen in Karan Johar’s untitled   production being directed by Shakun Batra, and in Yash Raj  Films’ Pathan with Shah  Rukh Khan. 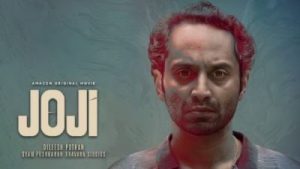 Next post Aditya Narayan, “I’m Back Home From Hospital”, To Get Back On Indian Idol