Will Radhe Shyam Click In Hindi? Trade Analysts Kick  In 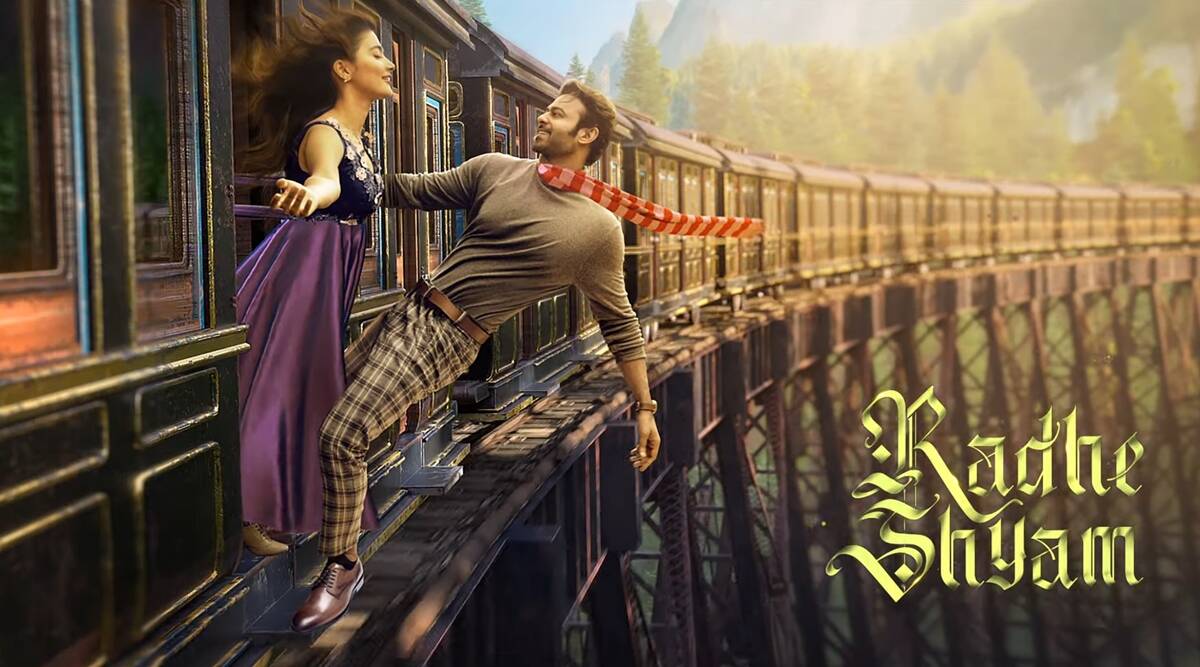 Every Telugu  film is  not a Baahubali or a Pushpa both  of which became  pan-India hits . This is  the  saddening  truth that  is bothering  Telugu superstar Prabhas  as  he gears up for  the release  of his  new  lavish period drama  Radhe Shyam which gives  the Baahubali star  a totally new romantic image.

But will Prabhas’ fans like to see him get down on his knees to woo Pooja Hegde?  His post-Baahubali release Saaho was  a flop in Hindi.

Prabhas  and  the makers  of his Telugu-Hindi-Tamil  love saga Radhe Shyam  (where let us  clarify, keeping in mind Salman Khan did play Radhe more than once, that Pooja Hegde plays  Radhe while Prabhas plays Shyam )  are leaving no stone unturned to ensure that  the film works in the Hindi belt.

While the film’s success is duly ensured  in the South  due to Prabhas’s superstar status, there are no  guarantees for  dubbed Hindi films from South working unless  it’s a brand/franchise  like Rajamouli(RRR)  or KGF.Radhe Shyam boasts of being neither. The producers UV Creations who have incurred  heavy losses  in  recent films  are a worried  lot.

The  producers(UV Creations) cannot risk  another failure  after their  earlier  productions  Ek Mini Katha and  Saaho underperformed. They are going all-out to promote  the  film in  the Hindi  belt also.The  intense love story  is  a new genre  for Prabhas. The producers are not  sure of how the audience will respond to Prabhas doing  a  moonstruck Romeo,” says  a reliable  source from Hyderabad.

Says  producer and trade analyst Girish Johar, “The buzz  around the Hindi version of Radhe Shyam   is pretty low. The excitement and craze down South is unparalleled but in the Hindi region it is  below the mark. Still Prabhas is a huge star and Pooja Hedge too has a good fan-following, if the film is liked by the Hindi audiences, I am  pretty much sure that its feedback and  word of mouth will help it get  a decent box office start.”

Adds analyst Atul  Mohan, “So far, the buzz, hype and excitement surrounding the film is missing in the  Hindi belt. Maybe due to lukewarm response to the trailer released couple of months back and similar response to the revised trailer of the film released last week. The songs also haven’t picked up(in popularity) and when you project your film as a love story, songs play a very important role in its popularity, anticipation and success. No doubt, Prabhas is a big star down South and is hugely popular in the  Hindi belt also.But expecting each film of his to be a Baahubali is not justified.”

Says Akshay Rathi, “I don’t know about Radhe Shyam . But what works  in every language is Prabhas. He is one of  the  biggest superstars  of  the country, has a  massive  fan-following and has the ability  to draw  in the audience with just his face on the posters. For a  film like Radhe Shyam with  its massive budget and Prabhas, I hope and pray the audiences  will show up in large  numbers.”

Even before the release on  11 March,  the  Radhe Shyam   team has pressed the panic button and  voluntarily  cut around 20 minutes of  the  film before  it reaches theatres.