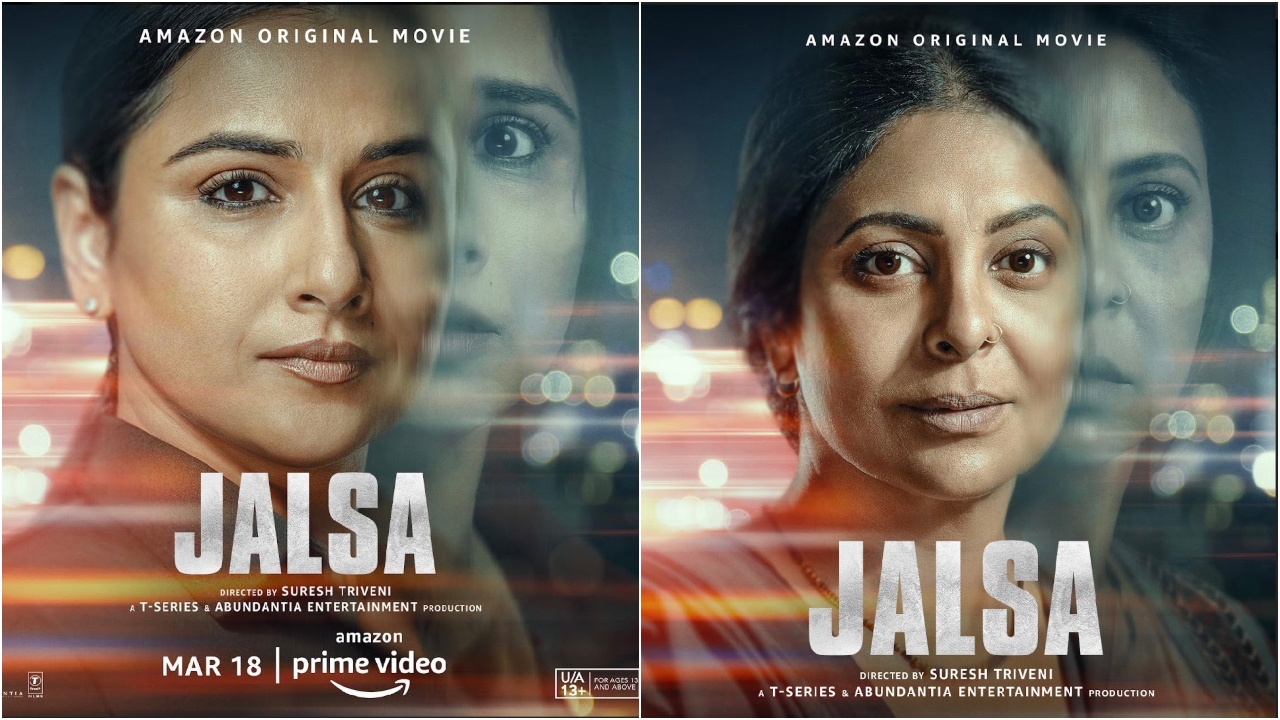 Jalsa: The ladies are lording  over the visual arts. Just when we thought we couldn’t get enough of  Alia Bhatt’s  masterclass-act  in Sanjay Bhansali’s Gangubai Kathiawadi, Amazon Prime Video known  to celebrate girlpower  for  no  special reason except that the ladies are special, no matter what the  occasion,  is back with what looks like a powerful study of privilege, exploitation and media effrontery.

The trailer of  Jalsa doesn’t waste time in preliminaries.  It plunges us  into the  deeply disturbing plot about a hit-and-run case, probably inspired  by real life . Two women played by two of the most  powerful contemporary dramatic actresses of Hindi cinema, are placed  at the forefront of  what seems  to be  a  battle of morality  played out to a  feverish photo-finish.

The two  ladies who take centerstage are Vidya Balan who plays a  high-profile  news anchor(good to see  her on the other side of the  media cameras  after No One Killed Jessica) and  Shefali Shah IS(please note , I didn’t say  plays) Rukhsana, a seething inwardly  raging househelp . The two ladies who  reminded me  of Shabana Azmi and Deepti Naval  in Jagmohan Mundhra’s Kamla,   are  caught in a battle-royale woven carefully, slickly around a high-profile hit-and-run case.

Providentially,  slickness doesn’t seem to be  a sickness in  this carefully constructed conflict of interest between the powered and the disempowered. It also seems to question those convenient socio-political  demarcations  whereby the  disempowered  are always portrayed as victims.

With two powerful actresses at  the  helm  there is little that  can go wrong in the drama being played on screen in Jalsa. But hang on. There is a third pivotal  female  character in  Jalsa, a ruki-ruki-si  rookie  journalist,played by  Vidhatri Bandi, who is determined to unearth the  layers of corruption that divide the bitter truth from numbing wealth.

In is interesting to see director Suresh Triveni give  Vidya  Balan a complete change  of image  in his  sophomore feature film, Jalsa..While she was  a  blithe  singing housewife in Tumhari Sallu , in Jalsa  Vidya is a different  entity.Steely nerved and  determined  not to crumble  under pressure.

Going by the  trailer  the male actors Iqbal Khan  , Manav Kaul(Sallu ke  miyan) are  relatively eclipsed  . It is the women who  take centrestage  in  Jalsa,and that’s the way it is meant to be when Vidya Balan is around. Wasn’t she the one wearing the pants  in Amazon’s Sherni  last year?

Will Radhe Shyam Click In Hindi? Trade Analysts Kick  In