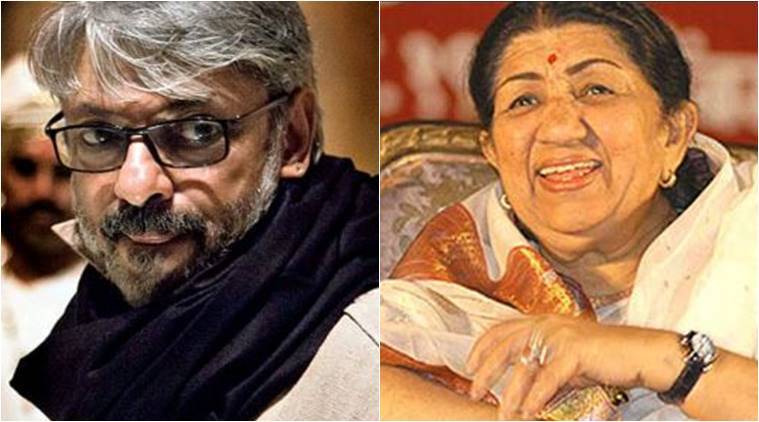 Sanjay Leela Bhansali who is gearing up for the release  of Gangubai Kathiawadi  had tow  stop all  work when he heard the news.

Says  Bhansali , “To lose Lataji  so  soon after  Pandit Birju Maharaj was soul-shattering to me. They  are my two all-time  idols. Whatever I’ve learnt about cinema is  through their art.I’ve learnt EVERYTHING  about filmmaking by  listening  to Lataji  voice . When I discover  some rare song of hers  I feel I’m richer than the diamond  merchant.”

A facet of her talent that  Bhansali recognizes  is  how her voice was moulded  in every decade.  “There’s a different Lata Mangeshkar experience for  every decade from the 1940s and 50s to the 1960s, 70s and 80s. It’s fascinating to see how differently she has sung  for different  composers from  S.D. Burman  to Madan Mohan  to R.D. Burman.Each era has given us an entirely different aura from her voice.”

Lataji’s  penchant  for  perfection took Bhansali’s breath away.  “She never lets go of a single word without doing justice to it. Such a  frail and delicate  voice, and yet so powerful. She has done it all.  We cannot have  another Lata Mangeshkar.   It’s my  desire to try and reach her level  of  excellence  through my work.”

Listening to  the Nightingale’s song is mandatory  in Bhansali’s life. “ Not a day passes when I don’t listen to her….It can’t!   It’s the only shield and sustenance I’ve against  the incessant blows  from the world. Lataji’s voice has healed and nourished me from childhood.”

The filmmaker has  observed  her minutely.  “ She fascinated me  as  a  person…I had the singular  privilege  of being present during one  of her recordings: Kuch na kaho for 1942: A Lve  Story when I was  an assistant  to Vinod Chopra. The white kerchief clutched in her hand, the two pleats with a side-parting in her hair…I knew exactly when she looked up while recording  a   song….Even when she expressed unbearable emotions her face never got  all screwed up and ugly…She’s the most beautiful woman  I’ve ever seen…From childhood I’ve been fascinated by her.”

And the  fascination  began when he  was a child.  “I remember as a child I’d read up every titbit and biographical morsel that was served up in the back of the long-playing records…I’d  hungrily scan magazines for her picture with music directors rather than the heroes and heroines…For me every detail about her was precious…I’ve always been intrigued  by this diminutive woman with the most powerful  voice in the world.”

Bhansali feels the  depths of emotions  expressed in that  exceptional voice are  not easy to fathom let alone explain “ The mystery that she  created through the powerful texture  of her voice is the most precious mystery of  the universe. So many deep  emotions expressed with such a straight face! She must be so rich from inside to be  able to express feminine beauty in ALL its shades. How  she takes up the most complex notes and makes them sound so effortless is something I’ve  never understood. How  did she do it? Was  she as powerful as a person as she was   as an artiste?  I don’t know….”

Bhansali’s  fascination  for  the  Nightingale is  endless. “Lataji   was very mystical…mythical for me. The  voice quality  is so exceptional she has never been a real person  for me. I can’t imagine any actual humanbeing being capable of such flawlessness…No,I’ve never been tempted to  examine the  actual person beyond  the persona. Her work will take me 13 lifetimes to unravel the enigma  of  her creativity. The  person can wait…Sometimes she’s so maternal, sometimes so devotional…. Then so sensual…. Lata Mangeshkar epitomizes so many different things to so many millions…”

To   know  the person  behind the  voice  is  task that Bhansali is  not up to.  “Very few  have dared to cross the sanctity of her music and try to know  the real person. That aura she wore like  a second sleeve  is so overpowering… I  met  her when she came to  the recording studio  to sing  R.D. Burman’s Kuch na  kaho in  1942 A Love Story . I was behind her when she came out of her car. I froze. I just kept looking at here. She looked so  beautiful  in  her diamonds and  white sari. When she  was escorted to the lift I followed behind. Obviously I didn’t have the  courage to get  into the lift with her. I  ran up the stairs  as fast as  possible…As I watched her sing I couldn’t believe  that  any humanbeing could generate so much beauty harmony and goodness through her vocal chord.  When  she left people outside   who had nothing  to do with  the recording, just stood up   spontaneously. That’s the kind of aura she possesses. How can  such a frail figure can exude such power! Either  people dive for her feet or stand up in supreme reverence…”

Also Read:  Madhubala, Kishore Kumar , Lata Mangeshkar Bio-Pics, Would They Ever Be Made?

Then  Bhansali finally  got an  opportunity to meet her  personally. “You took me  to meet her. Those  two hours with her will remain with me  forever.The way she spoke, listened, paused and  ruminated…will remain  with me forever. Whenever I passed her home in Peddar Road I wanted to get one glimpse of her on  that famous little balcony  of  her home.”

Bhansali feels  incomplete  as  a  filmmaker . “I kept hoping  maybe  one day she’ll sing for my film. My work is so incomplete without her voice…Once  she came THIS close to actually singing for my film. She drove towards  the recording studio where we waited like excited schoolboys with  an aarti ka thali, but she had to turn back because of  heavy rains….What is   not meant to be, won’t be… Through her songs she taught me that excellence perfection and beauty have no full stops.  We’ve found  it long back in her voice. She’s still searching.”

As a music  composer  Bhansali  admits his  greatest inspiration  impetus and  motivator  is Lata Mangeshkar. “My greatest  compliment  as a music composer  came to me from Lataji  for the music of Bajirao Mastani .  Lataji has inspired all my films. She told me that the Latpat latpat opening of my Pinga song was  from her song in V Shantaram’s Amar Bhoopali.Lataji said she liked my songs and the way I’ve filmed them. Then she affectionately said, ‘Aapne mera Latpat latpat utha liya.’ I humbly submit that it is indeed true.Bajirao Mastani was a tribute to the voice of Lataji, the music of Laxmikant-Pyarelal and the cinema of K Asif and V Shantaram.I am very proud to have absorbed all these influences.”

Lataji On  Sanjay Leela Bhansali: “I have always loved  the music of his films. Earlier  it was Ismail Durbarji who  would do the  music. Now Bhansaliji is doing his own music,which is a very good thing. I believe a filmmaker has to be  a musician himself to understand the  quality of music needed  in  his films. Bhansaliji has that quality. He has a deep knowledge  of  music and songs,and of the Indian classical heritage and  culture. The song Ghoomar in Padmaavat has revived the appeal of  the Ghoomar dance  form. People are dancing to it all  over the world after watching  Deepika Padukone’s Ghoomar dance,” says Lataji, comparing Sanjay Leela Bhansali to none  other than Raj Kapoor.I believe Bhansaliji has a music sense as sharp as Raj Saab. Raaj saab was a complete musicians. He played the table, the harmonium and the piano . He composed songs and sang them  in his own voice before handing them  over to professional playback singers. He could’ve easily scored the music in his films. But he chose  not to take credit for the music in his films.”

According to  Lataji there is  one other filmmaker who could rival Raj Kapoor’s  music  sense. “He was Raj Khosla.Like Raj saab he too could play several instruments and he sang beautifully. In fact he came to Mumbai to become  a singer but ended  up being a  filmmaker. I remember Raj Khosla singing Allah-o-Akbar in his own voice. He  could have given the playback singers a run  for their money.I am sure Bhansaliji also sings well. The  only way a filmmaker can explain to a singer what he wants to express through his song, is  to sing  it himself.”

Lata Mangeshkar was  deeply impressed by Sanjay Leela Bhansali’s Ghoomar song  in Padmavat.“I saw  the  song aand I was again stuck by Bhansali’s visual sense. It is unmatched by  that of any other  filmmaker  in this  country,” says Lataji, not prone to  extremes  of  praise unless provoked .

So  moved was Lataji with Bhansali’s artistry that she dug  into her own memory of  painting  as  reference  point. “I’ve not seen the same stunning use  of colours  in  any cinema. But I’ve seen it in the paintings  of  the French painter Claude Monet.”

Lataji was a painter herself.

She reveals shyly, “I used to paint. My sister Usha paints and so does my nephew Baijnath.In  fact once when Baijnath and I were watching Bhansaliji’s film Black we had  noticed his  kinship to Monet for the  first time. And  in the Ghoomar song of Padmaavat, the similarities  in  colour to  Monet are unmistakable.”