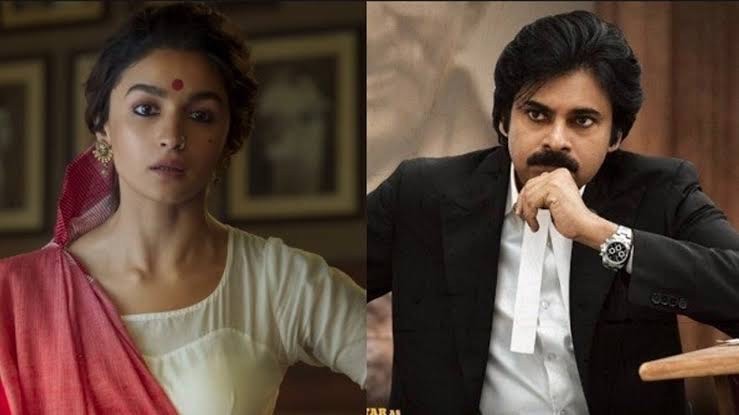 No  no not what you  think. They are  not doing a  film together.  However from Friday when Telugu  superstar  Pawan Kalyan’s  Vakeel Saab   opens in movie theatres  all across Andhra  Pradesh and  Telangana, the Telugu version  of  the  teaser  of  Sanjay Leela  Bhansali’s GangubaiKathiawadi will be  shown along with Pawan’s film.

Yes, Bhansali’s  gangster epic will  also have a Telugu version   when it opens in theatres in July 2021.

This  is Alia’s second Telugu tryst  within a  year. Alia is  one of the leading ladies  in  S  S Rajamouli’s RRR  alongside Ramcharan Teja  and  NTR Junior. Vakeel Saab is  a remake  of  Aniruddha Roy Chowdhury’s 2016  cult hit Pink  . Pawan Kalyan plays  the role of the lawyer  originally  played by Amitabh Bachchan who get justice for three sexually violated  women.

Apparently  Pawan Kalyan’s role has  been expanded and changed drastically to  please his fan base.