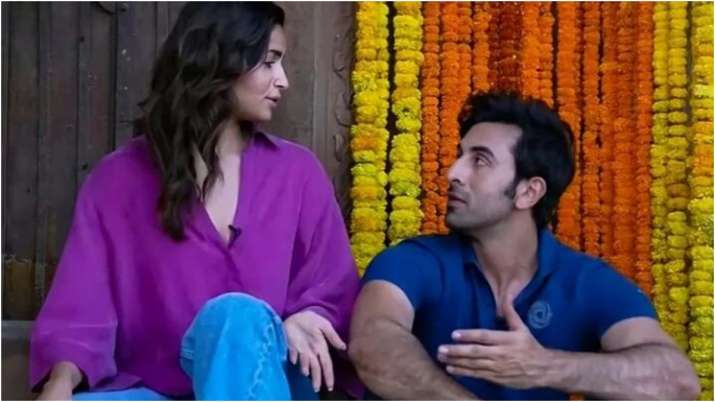 Krishna Raj, the  home that Rishi Kapoor built  for his family, is  where Alia and Ranbir will move in  as  Man and Wife as soon as  it is ready.

The bungalow on Pali Hill(South Mumbai) has been  under renovation  since the past  one year.
“It was  expected to be ready in time for the  Ranbir-Alia wedding. But the  renovation  is taking much  longer than expected.  The two wanted to get married  only after the bungalow was  ready.Now with the  construction showing no sign of  a closure the  couple has decided  to move into Vastu for now,” says  a friend of  Ranbir and Alia.

Vastu is  the building half a kilometer  from KrishnaRaj where  Ranbir had shifted with Katrina  three years ago.It will serve as  the newly-married couple’s temporary residence. They are expected to move into Ranbir’s family bungalow in December along with Ranbir’s mother Neetu  Kapoor.