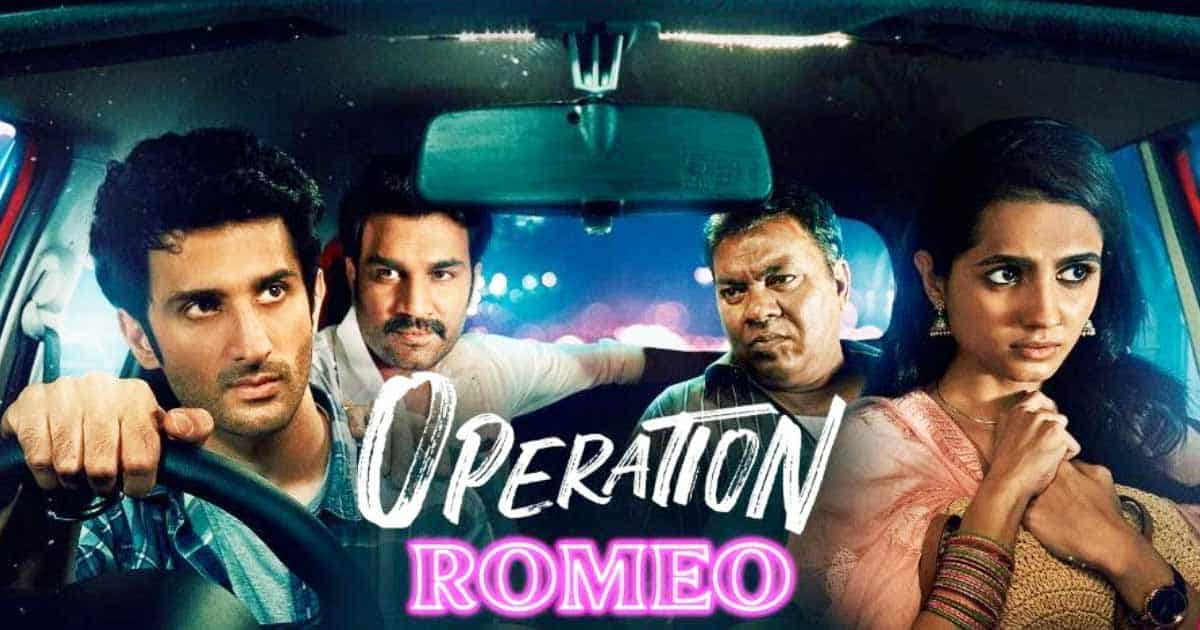 Unless updated modified  or re-interpreted,remakes are like chewing gum way past  the point of fun. Operation Romeo regurgitates  the 2019  Malayalam film Ishq: Not A  Love story   wholesale , and that includes  its  fatally flawed second-half when  the  young man sneaked  on in his car with his girlfriend   by  a  couple of  corrupt cops, takes revenge on his tormentors.

The entire vendetta plan is  frustratingly  manufactured and unreal, almost suicidally self-defeating  rendering  the  film’s  first, mildly chilling, half almost null and void. The idea of moral  policing was over-garnished in its original avatar.An hour-long taut plot is  stretched  into  a completely uncalled  for post-interval denouement, which is not only  absurd but also like  a boulder dragging down the  end-product.

The first  20 minutes  where  the couple’s relationship is  established is  also  clumsily handled. The meat of  the matter is the  Romeo-busting moral policing episode . Sharad Kelkar is   a portrait  of  unvarnished greed and  seamless evil. He and another veteran actor Kishor Kadam  serve as the  dark  ugly side  of the Laurel-Hardy partnership .

Sadly it  all comes undone with the  emotionally wounded  hero Adi(Sidhant  Gupta)setting off an  illogical vendetta spree. His  trespassing into his tormentor’s home  and  heckling and  terrorizing  the tormentor’s  kind  wife(Bhoomika Chawla)  and daughter are pitiably  convincing plot points. They sadly expose  the leading man’s acting abilities rather than showcase them. Comparisons may be unfair here(considering how weak a remake this is). But compare Sidhant Gupta in this  remake  with Shane Nigam in the original, and we know why Malayalam cinema is  so far ahead  of  its Hindi counterpart.

Sharad Kelkar and to a lesser extend Kishor Kadam do all the heavylifting in this  misbegotten  remake. Towards the utterly  unconvincing climax Keklar  is  shown whimpering and pleading and bleeding on the  floor.

If only justice was so  easy to serve, Operation Romeo has a solid idea tucked  away  at its centre. The rest is  eminently dispensable.