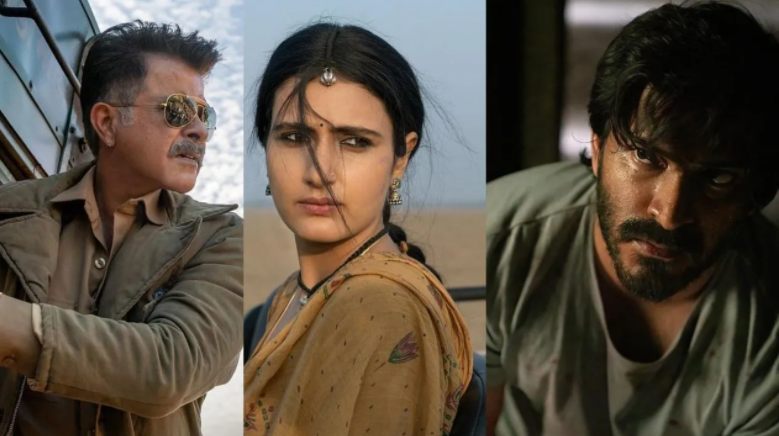 With  zero movement in Harsh Varrdhan(yes, that’s how  he spells hi name now) Kapoor’s career father  Anil Kapoor(who hasn’t changed the  spelling of his name) has taken over the reins of his son’s career.

The father and son pair will be seen in Thar produced  by Anil Kapoor and  directed  by actor-turned-director Raj Singh Chaudhary .It will   stream on Netflix from May 6.

Interestingly Anil Kapoor and  beta Harsh Varrdhan(with two ‘r’s) are  not cast as father and son in Thar.Harsh plays an antique dealer in  Rajasthan while  Anil is  a local cop. 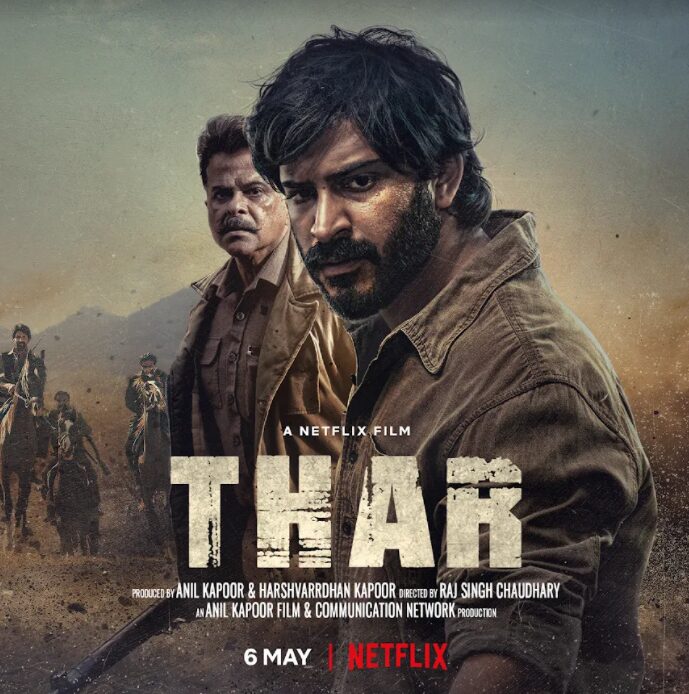 Talking about the film, Anil Kapoor says, “Harshvarrdhan has a very unique approach and his choices of films are also very distinct. The film was brought to me by Harshvarrdhan and he was very passionate about the project and he played an integral part in this film coming together. The story strikes the perfect balance between gritty and slick, grainy and smooth, fast paced yet nuanced. It is Harshvarrdhan’s first film as producer and I could see the passion in him from the word go. Thar is an experience and I can’t wait for audiences to watch it!”

Speaking  of  the  project Anil  Kapoor says, “I am extremely proud of what we have achieved with Thar and am super excited about the film for several reasons. The genre itself — a noir thriller set in Rajasthan that pays tribute to the genre of the classic Western– is a first for Indian cinema and audiences.”

Anil  has  some florid description for  the film that will  hopefully  bring his son back into the  limelight. “ Thar is a playground where the dynamism of new blood meets the experience of industry stalwarts, both on and off screen. On screen we see the fresh pairing of Harsh Varrdhan Kapoor and Fatima Sana Sheikh and off-screen we see director Raj Singh Chaudhary creating magic with a team of ambitious, risk-taking debutantes – Director of Photography Shreya Dev Dube and Music Composer Ajay Jayanthi.”

Anil says his goals  as an actor and a producer are  chalk-marked. “I have always strived(sic.) to push the envelope and disrupt(sic.)  the status quo with innovative content. Thar is a manifestation of this obsession and I’m thrilled to have a partner as supportive and collaborative as Netflix to take this story as far and wide as it can go.”

Anil had agreed to play Olympian  shooter Abhinav Bindra’s father in a bio-pic featuring Harsh Varrdhan as  the son.It  was  to be   directed  Kannan Iyer who directed the eerie Ek Thi Daayan .The  project stands  shelved.