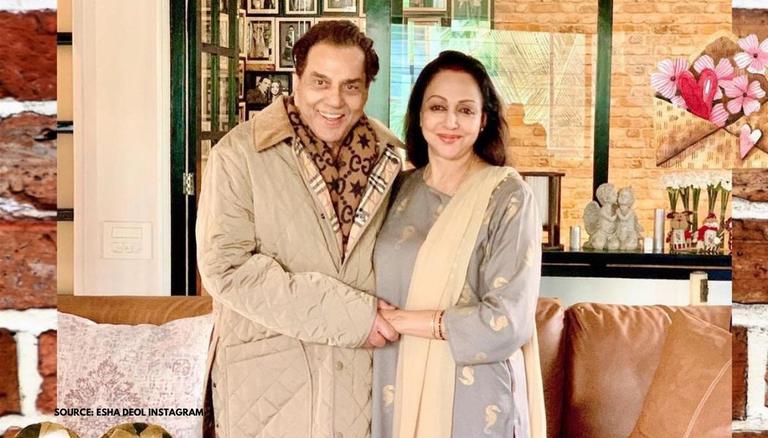 The legendary  prolific superstar Dharmendra  has never worked with  Karan Johar  and Dharma Production  before. Until Now. He will be seen in a  pivotal role in Karan Johar’s next directorial Rocky Aur Rani  Ki  Prem Kahani.

Speaking exclusively to  this  writer Dharmendra, who in his distinguished career  has worked with the  greatest  of  directors including  Bimal Roy, Hrishikesh  Mukherjee,Asit Sen, Raj Kapoor and  Ramesh  Sippy says, “Karan has offered me  a fantastic role. It not only suits my age  and image, it is  also the kind of lovable character that  my fans like to see me  play.”

The  original he-man of Hindi screen  reveals his audience doesn’t like  him in grey roles. “I played grey just once in  Ayee Milan Ki Bela  . Mere chahne walon ko achcha  nahin laga(my  fans  didn’t like it). From then onwards I  have  avoided dark negative roles. My character in  Karan’s film is a man everybody will  love.”

What’s more Dharamji who has worked with the  most spectacular range   of  heroines from Nutan , Suchitra Sen, Jayalalitha(yes, the  late  chief minister  of TN)   to  Waheeda Rehman. Asha  Parekh , Sharmila  Tagore and  Hema Malini , says he’s overjoyed  to reunite  with two of his  favourite co-stars  in   Karan  Johar’s  film.  “I’ve  worked with Jaya Bachchan and Shabana Azmi  before. I was the leading man in Jaya’s first film Guddi , and then we  worked  together in Samadhi and  Sholay. In Sholay I   didn’t have much scenes with her. But during its  shooting I spent a   lot of  fun times with  Amit and  Jaya.”

As  for Shabana, Dharamji lights up. “We did  a  film together called Mardon Wali Baat directed  by a really good  man Brij Sadanah. We  were supposed to do another film Bichchoo together . It  was a lovely subject  to be  directed  by Sai Paranjpye. Sadly  it never took off. Now look at destiny! We’re  going to  work together in Karan’s film.”

So which of the two ladies is  he  paired with? Dharamji  won’t say. “You will have to wait for  the  film to know what exactly I  play and the relationship I share with these two beautiful  actresses.All I can say  is, I’ve never played a character like this before.”

He is  also looking forward  to working with the  yoing  cast of  Rocky Aur Rani Ki  Prem Kahani. “Ranveer is  full of energy and so talented. And Alia, bahot hi pyari bachchi hai. It will be good to work with  stars  of the new generation. Karan’s entire team is fresh enthusiastic and  raring to  go. I can’t wait.”

Before  I bid this dear man adieu I  ask him why he  never worked with Karan  Johar before.

Dharamji answers, “That is  irrelevant. What is relevant is that we  are working together  now, and I promise  you it will be  a  film my well-wishers  and fans will like.I’ve always been hungry  for the love  of  the people. Luckily  for  me I’ve  always  received an  abundance  of  love . The  more  I received the  more I  craved  for  it.To this  day I am that boy from the village  in Punjab  who came  to  Mumbai with  stars  in  his  eyes and  a heart  craving for love.”

Sonu Sood On His Sister Malavika’s Entry Into Politics