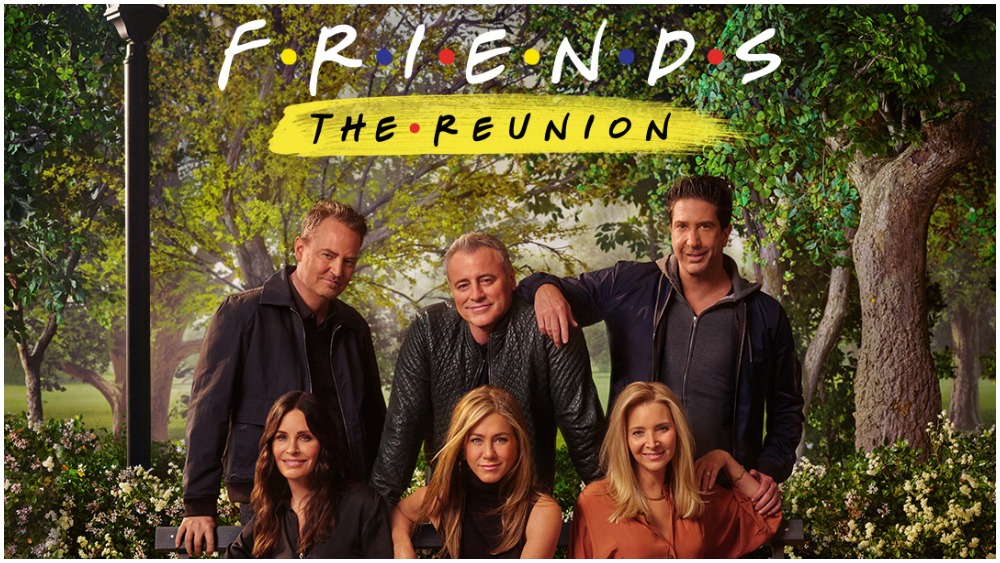 The eagerly  awaited  Friends: The Reunion on Zee 5 created  quite  a Friends-Zee  .In  the pipeline  for months,it   left many  fans  of  American’s most popular daytime series feeling  cheated and betrayed. As one  of the show’s most ardent 28-year  fan who has seen every single episode at least 4 times, told me, “I dreaded this  reunion. All those  like me who grew up with these characters would want to  remember them  for their endless repartees, the sparkling wit  and  the  vivacious  mood that clung to the series  all the way.None  of that was evident at  the  Reunion.”

There was  an uneasy silence among the Friends  cast  on May 27 when thee  reunited. Two of the principal actors were  missing. Quite clearly these  beloved actors  were…ummmm… Friends  no more. As it often  happens they had drifted apart.And  some of them didn’t even want to remember the 10 years, 10 seasons on the  show.

Matthew Perry was exceptionally quiet  about his experience with  drugs  after  the  show had ended and none of  the beloved cast members were willing that morning(evening for  the Americans)   was willing to tell us  anything about their  extended stint  on the show that we didn’t already know.It’s  all there in the public domain.  Just google.

Also Read:  All My Heroines: Rishi Kapoor Co-Starred With  The Maximum Debutantes(None Succeeded)

If  any revelations from any  of   the Friends team was  new, then I missed it. What I also  missed was a sense  of easy familiarity .These  actors, though  the same people we left behind 16 years  ago, had changed…not necessarily evolved, though  it was  evident  that  they had  moved on and were in this reunion  not out of any  genuine feeling  of kinship with co-stars whom they spent most of their  waking hours with (and some sleeping hours too). But because…well, the zeros  on the check  must have been  inviting. Or maybe they just didn’t want to seem  like spoilsports  by saying no.Whatever the  reason, they just didn’t seem comfortable enough  reliving memories that are for their fans, immortal.

On the plus  side, having random Friends fans  from all across the world talking on what made their bonding with the series so indelible, was a  good idea.There were fans from India too,  and they spoke  with an authority and ownership over the show that  needed no push, not even this Reunion which only goes to  prove that fond memories are  best when left alone.

Now I dread the ABBA reunion.